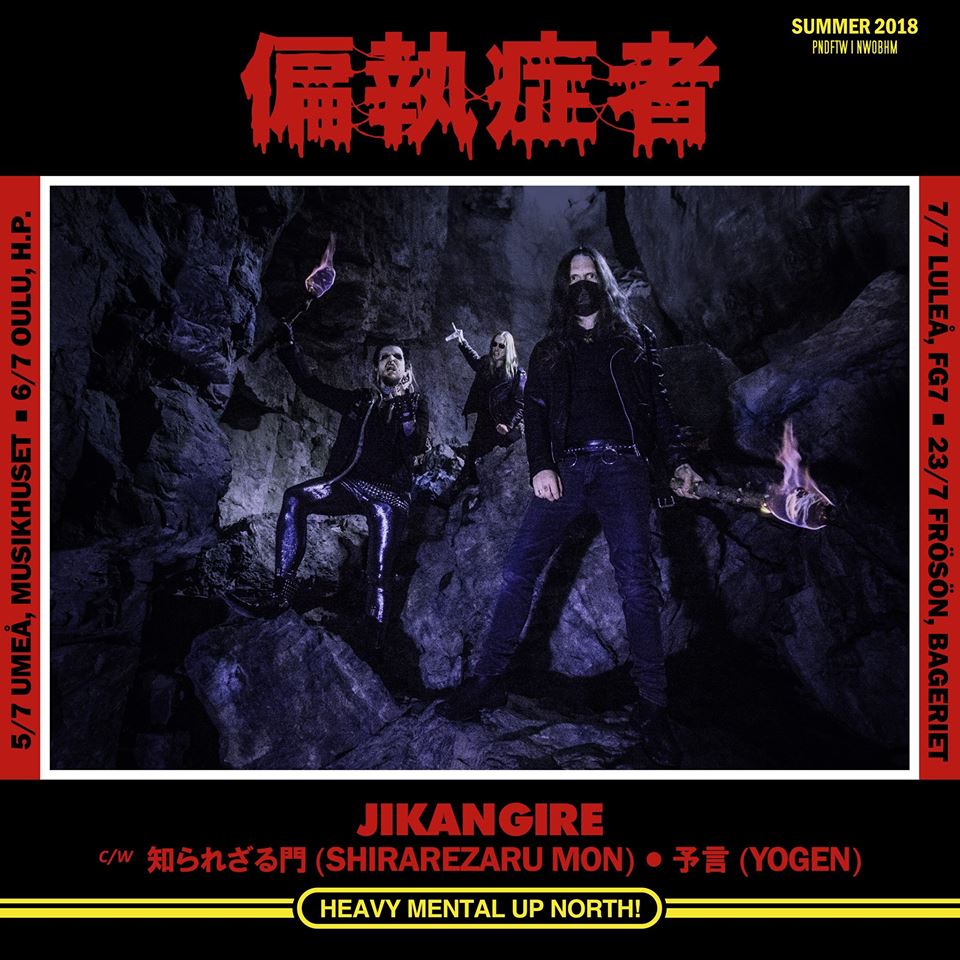 偏執症者 (Paranoid) have released 時間切れ (Jikangire), a 3 song EP, as well as a Music Video

The EP is uncompromising and destructive, the extreme sides have gotten even more extreme as 偏執症者 (Paranoid) sets the bar high for their upcoming album, which will be released this autumn. Adding more metal to their influences that range from Swedish d-beat raw punk to Japanese hardcore set the band on the same path as early 80´s extreme metal band as Celtic Frost, Sodom or Possessed.

時間切れ (Jikangire) is released as a 12” Maxi EP. The EP contains a total of three tracks and the EP is limited to 500 copies and pre-order is available now. It´s released by The Sign Records in Europe and by Konton Crasher in North America.

偏執症者 (Paranoid) have premiered their new video for their song “JIKANGIRE”
WATCH THE MUSIC VIDEO HERE:

偏執症者 (Paranoid) have released their debut album Satyagraha and countless singles and EP´s. Releases have been made on labels as Svart, Southern Lord, D-takt och Råpunk and Konton Crasher. Tours have been done in USA, Canada, all over Scandivania, UK/Scotland and most of mainland Europe. The band is returning to the US for a new tour up on the album release. Members from 偏執症者 (Paranoid) are and have previously been active in bands such as Totalt Jävla Mörker, Desperat, Warvictims, Brottskod 11 and Hypertension that have brought us Swedish raw punk and speed thrash metal for more than a decade.