This April will see 鉄アレイ (TETSU ARRAY) from Tokyo, Japan line up with BUTCHER for a US Tour

The Japanese band 鉄アレイ (TETSU ARRAY) are one of the original Burning Spirits hardcore bands are linking up with US based BUTCHER who released their debut “Holding Back the Night” LP last year and is Ex-World Burns to Death and Asshole Parade members listen below. 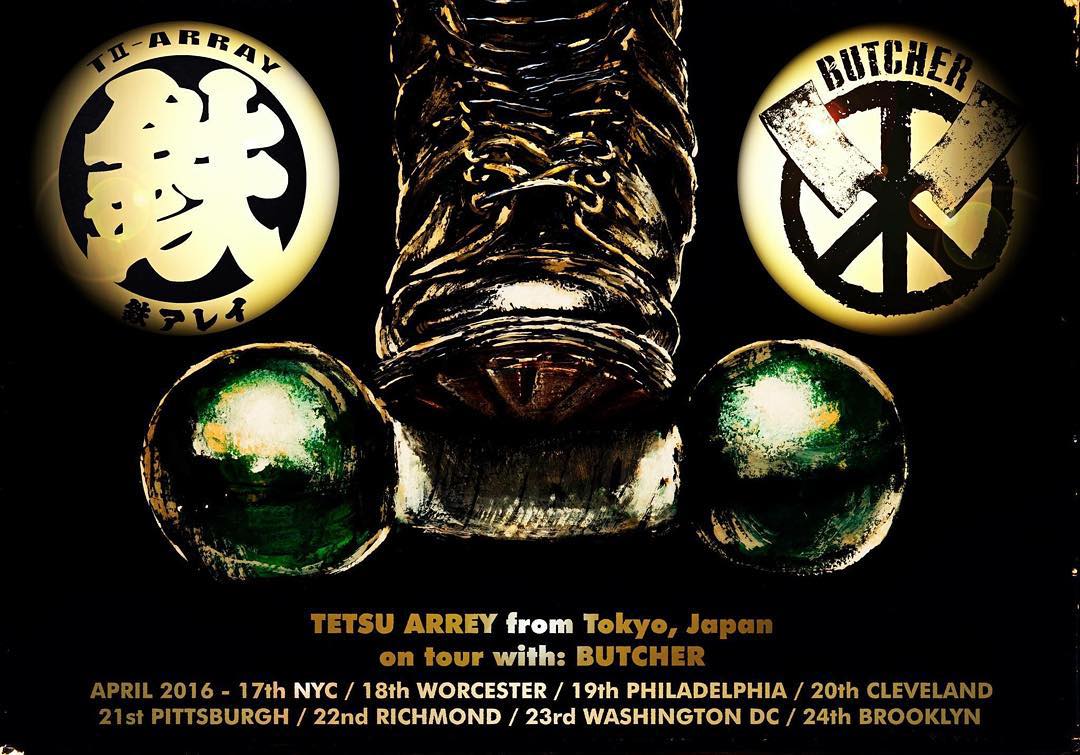