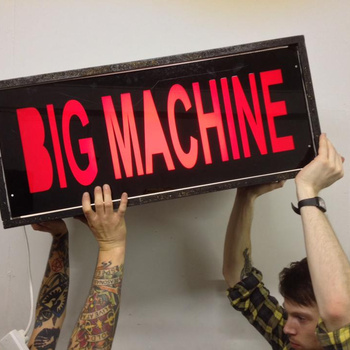 Dry Cough Records have announced they will be co-releasing the debut 7″ from Big Machine, a band consisting of former members of Manchester hardcore-crust trio, HAMMERS. Big Machine have made 2 songs from their first 7″ available to listen on bandcamp.

The 7″ which will be released in February will be out on Dr Cough Records, Black Lake Records, Zegema Beach Records, Barely Regal Records and Boslevan Records.

You can listen to a couple of tracks here!