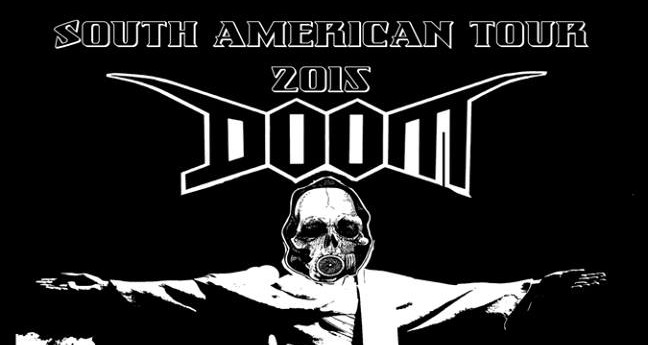 Sad news coming out of Chile this morning after 2 people died leaving several seriously injured, at a DOOM gig.

Report say the venue was full but when more people tried to gain entrance a fence collapsed crushing a number of concert goers and killing two men in their twenties severally injuring others. DOOM are currently on a South American tour at the moment.
The news is devastating to hear, our thoughts are with family and friends of those involved as well and hope that all those injured pull through and get well soon. As well as the guys in DOOM.

We will keep you updated when we hear more.

We have taken a news excerpt and using google translated it for you any Spanish readers can head to original source of news here: BioBioChile

“2 people were killed and another 12 were injured on Thursday night during a crust / punk gig that was made in the Tsunami Event Center, located in Alameda, Santa Rosa.
The information provided by police indicates that about 23:30 the collapse of a containment fence that was on the subway where the English band DOOM had played  .
According to reports provided by the site administrator, at least 50 people who had run out of space to enter, forcibly entered the compound, causing the collapse of a structure that crushed several people, leaving two dead and twelve injured, all in their 20 years.
So far they have the identities of those killed not been given, but from the Central Hospital indicated that deceased were two male persons. It also has not released the list of injured, because most were without IDs.

“According to the information supplied by the administrator, there were more people than the local could hold (…) this was a place that was authorized, but the number of people exceeded the capacity (…) probably the place is closed”

A “product emergence of an agglomeration of people (…) at any given time local reached its full capacity of public and abroad were people who continued to press to enter is generated, that generated the collapse of a containment fence that fell on the people who were in the local ” ,

Confirmed the regional director of the Onemi.

The injured were rescued by volunteer firefighters and taken by staff of the SAMU to the Central Posta, mainly with cardiorespiratory arrest. Of the 12 injured, seven are in critical condition with life threatening injuries.
A hundred people including relatives and friends of those affected are waiting just outside the complex care.”