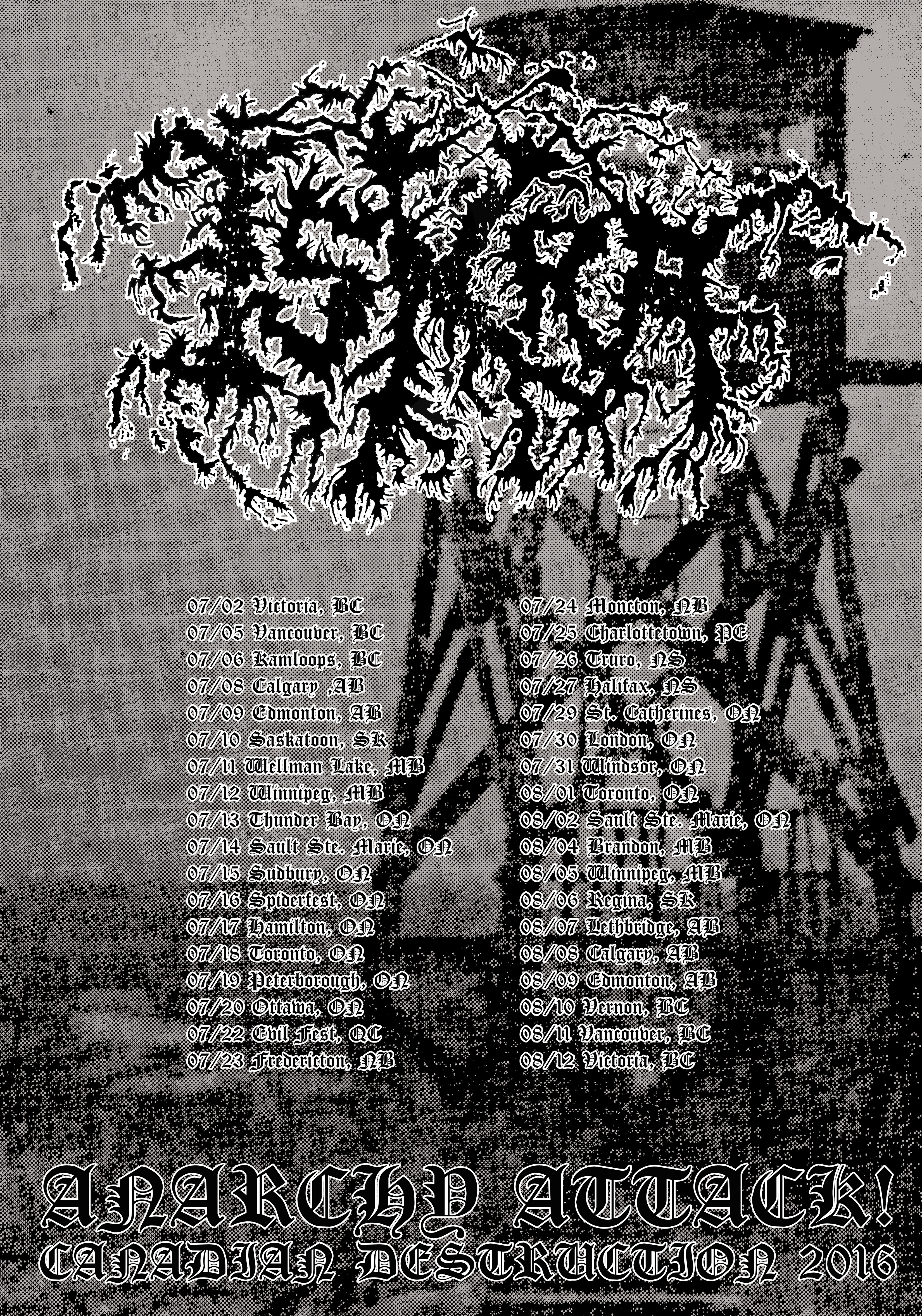 This 1.5 month tour will mark the band’s first coast to coast tour of the country and includes five days in the maritime provinces! The tour also features appearances at the legendary Spider Fest (formerly Spider Acres) in Meyersburg, ON and Evil Fest in Sainte-Angele-de-Merici, QC (see listings for details, both are open air festivals)!

Announce this week ISKRA To Re-Issue RUINS On Southern Lord