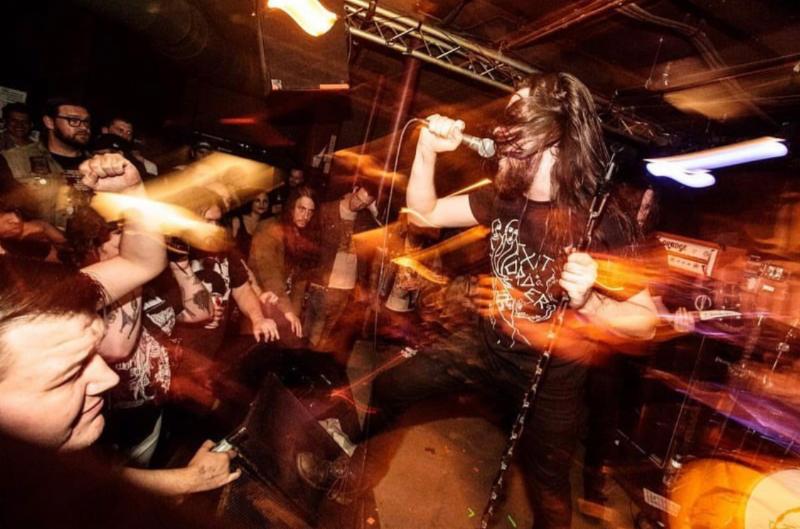 Southern Lord will release the debut LP from Worcester, Massachusetts crossover outfit High Command, putting the final touches on the terminal Beyond The Wall Of Desolation for release on the 27th of September. An early single, “Visions From The Blade,” as a precursor for the record.

Surging with the strength of the early US thrash and crossover scene,  High Command projects a scathing display of scorched earth vocals and spiraling divebomb riffs, soaked in napalm leads, and percussive devastation. With competitive and fantasy-inspired lyrical scourge, the band drives their message forth with might and conviction. The raw barbarity of the band’s crushing early recordings caught the ear of Southern Lord who hunted the band down and now has them locked and loaded for the release of their debut LP.

The brainchild of guitarist Ryan McArdle and vocalist Kevin Fitzgerald,  High Command began in rebellion to the brutal winter months, yet quickly spiraled into a full-bore killing machine, initiating the recruitment of like-minded area friends, the lineup fleshed-out by guitarist Mike Bonetti, bassist Chris Berg, and drummer Ryan Pitz. The bandrecorded The Secartha Demos at The Paincave with Chris Corey (Mind Eraser, Magic Circle, No Tolerance, Innumerable Forms) and had it mastered by Brad Boatright at Audiosiege (From Ashes Rise, Integrity, Obituary) after which it saw release through Haftvad Records, the label issuing, “With razor-sharp metallic riffs, pure punk adrenaline, and an original Sword and Sorcery theme,  High Command  delivers a demo of skull crushing fantasy violence and aggressive atmosphere. If the brutal literary worlds of Robert E. Howard and Karl Edward Wagner manifested in the musical form of Sodom, Mercyful Fate, Integrity, and Cro-Mags,The Secartha Demos would likely be the result. For those who live for the lust of battle and music that bludgeons with the fury of a spiked-mace.” The label then issued the two-song The Primordial Void 7″ shortly after.