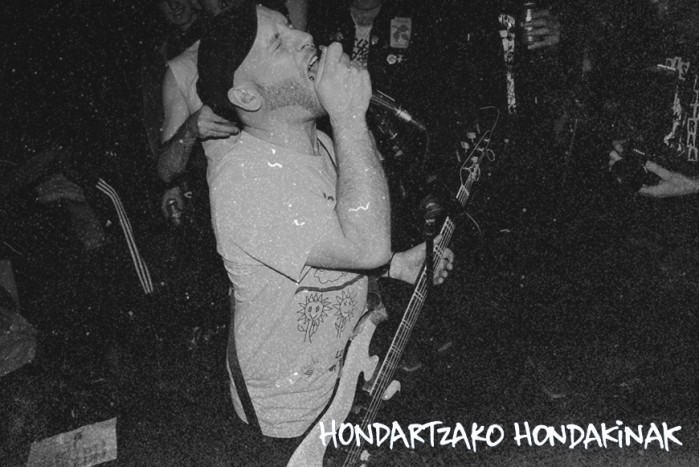 After 3 years since their debut 7″ on Solar Funeral HONDARTZAKO HONDAKINAK are back with a debut 12″, some of you also might be familiar with them from their appearance on MRR Sound The Alarms! 12″

Euskal rage ! HONDARTZAKO HONDAKINAK came to life in 2011 in the northern part of Basque Country. Straight from their demo they caught the attention of many of us, delivering an impressive amount of noise and distortion. “Bruiarta” is their first full length and the trio made the most of it bringing new influences and more diversity to their sound. 80’s UK punk will come to mind listening to the catchy and powerfull intro of this record but it’s only one of the numerous and inspired aspects this piece of vinyl has to offer. The record comes with a nice bookled in which the shouted basque lyrics are translated in various languages. The artwork is a nod to their country of origin with the desire to be far from any punk cliché or pose.  It’s a corelease between Destructure Records and Solar Funeral.