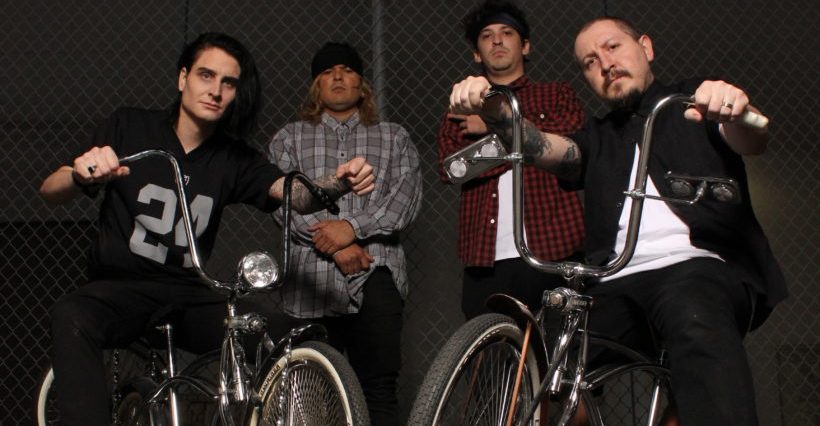 The riotous hymn comes by way of the band’s impending new full-length Satan Is King, set to drop via the band’s new label home of Prosthetic Records next month.

Recorded and mixed by Taylor Young (Nails, Twitching Tongues) at The Pit Recording Studio and mastered by Brad Boatright (Integrity, Full Of Hell, Gatecreeper, High Command) at Audiosiege, Satan Is King is a visceral open sore of aggression, spewing forth a fifteen-part manifesto of rabid fury. Embracing grindcore, powerviolence, and beyond, ACxDC funnels multiple genres through their unique lens. Fans of Gulch, Nasum, and Minor Threat will have plenty to immerse themselves in with Satan Is King.

Satan Is King will be released May 15th on CD, LP, limited gold edition LP, and digital formats via Prosthetic Records. For a band whose full moniker is Antichrist Demoncore, it may come as no surprise that Satan plays a prominent rule across Satan Is King. However, Satan here serves as a motif; a motif for rebellion, for self-discovery, and for rejecting authority rather than as a literal figure of praise. With a tongue-in-cheek title that serves as a response to Kanye West’s Jesus Is King album, Satan Is King is the antidote to excess, greed, and mindless indulgence.