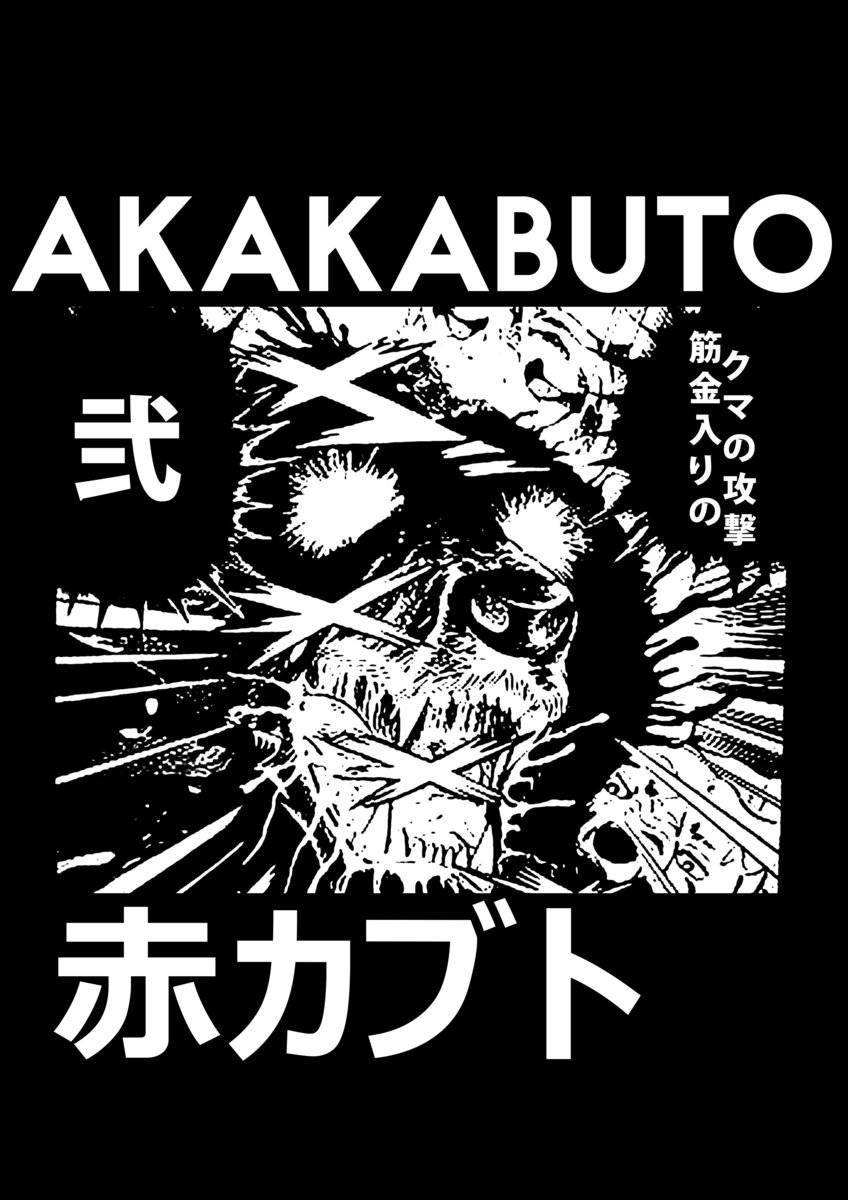 Hardcore punk from Östersund, Sweden AKAKBUTO have released a 7 track cassette release focusing on the struggles of bears all around the world, spreading the gospel of AKAKBUTO himself.

AKAKBUTO is a monstrous man-eating bear from a manga series, and like the band kicks ass from what I can read on the bear. Interesting to see a band focusing on the struggles of one animal who suffers so much despite their own power.