To coincide with ANTI YOU new 7″ “Nightmare Unfolds” coming out on Agipunk records. ANTI YOU are do a a US West Coast Tour starting this week. 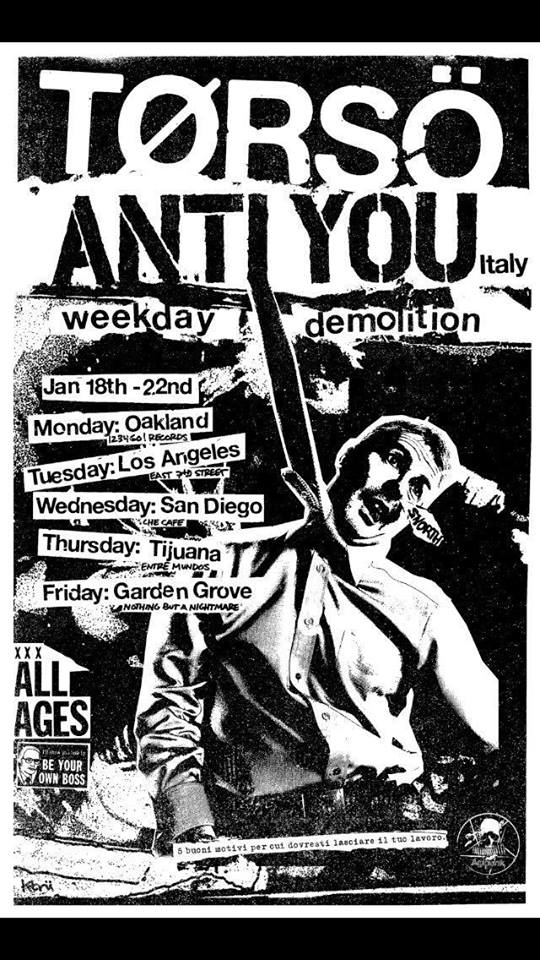