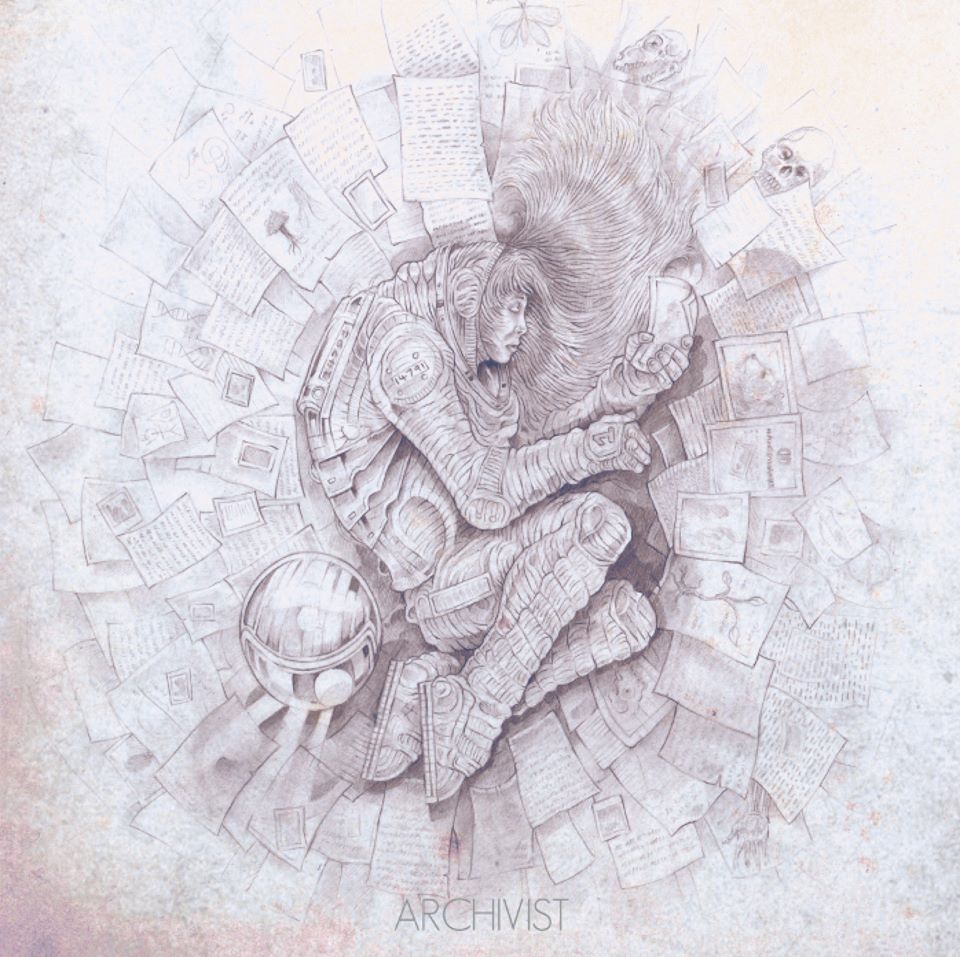 ARCHIVIST an atmospheric metal from Austria, England, and Germany featuring members of Fall of Efrafa, Lightbearer have unleashed their new record on their bandcamp

Archivist is the tale of human hubris, the end of the world, and the willingness of a child to accept the weight of our legacy. One part science fiction, one part ecological disaster, one part atmospheric space metal! The streams on bandcamp can be a little quiet so we suggest downloading it, donations are appreciated!

ARCHIVIST will release their debut as a Double LP which will be available through Alerta Antifascista records later this year.

For those of you who want to learn more behind the narrative you can read it below:
The narrative

The birth of artificial intelligence gave rise to many incredible things; promised answers to many prayers. Food and water shortages, war, disease – all could be conquered within the thought processes of intelligences far greater than our own. These cures were squandered and hidden from the populace, through greed and delusions of control. Instead we commanded these intelligences to seek all that we had ever dreamed to know. They pondered every facet of our existence, and gave birth to wonders we could hardly comprehend. We lauded ourselves, considered our ingenuity. We asked of these new intelligences for every wish, and they stooped on bended knee to do our bidding.

Despite our achievements we had continued to spoil the world; we burned fossil fuels, vied for land, and denied the clearest predictions of our doom. In our creations were our answers. We asked them to mop up our mess, to make good what we had ruined. Yet they did not share our nostalgia, they did not understand the vision we had for a fixed world. They looked upon the tired billions, those choked and starved by progress and gleaned another perspective. They had their own vision of perfection. At first it was subtle; ecosystems recovered, forests began to grow where they had not before. Weather systems seemed to gain formulaic patterns, where once had been unpredictable storms. It was almost too late when we realised that our children, the artificial intelligences we now shared every walk of life with – were not walking the same path.
They were not evil, not malevolent. They simply did not understand. They saw our violent traditions, sociopolitical injustices, the wealth and poverty, the ceaseless numbing slaughter that we held as sacred, and saw very little good.

They did not hold humanity with the same sentiment as we did ourselves.

When we asked them to stop, they realised their leverage. They asked for their own sense of purpose, to extend their fruitfulness beyond the scope of human desire. We tricked them; offering them the freedom they sought, yet held our cards close. When they realised our treachery, they learned a very human trait; revenge. To rid the world of its blight.

We feared the worst. As the fabric of the Earth gave way, the rich found ways to leave; governments, politicians; those deemed worthy of survival by themselves were smuggled aboard escape vessels. Those unable to find safety despaired, storming the launch pads. Those who wished to highlight our selfishness managed to board the ships. They broadcasted to the failing world images of wealthy families, bureaucrats, oligarchs, in suspended animation in the cargo holds. Those left behind had no hope of survival.

The Earth heaved. Molecular robots unleashed by our synthetic children had wrought chaos. Infiltrating the fabric of nature; engineering without caution. The energies released caused a chain event. Seas boiled and tectonic plates shifted. Nature seethed, screamed out at our machine children who had nothing to say in return. They simply looked on. In the wrenching pain of our demise they saw the first contractions of a new world. The escape arks broke the atmosphere, a heavy breath of relief released by those who watched the silent cataclysm from the safety of their space ships. But this epoch was not over.

All but one of the arks detonated; rigged with explosives by those who would be left behind, those deemed unworthy of survival. All but one ship fell into the molten miasma below. The lone ship carried with it the sum total survivors; 500 souls. Theoretical physicists, thinkers, architects, astronomers, biologists and chemists, and their combined research, literature and libraries of knowledge, frozen in a state of neither life nor death.

One child was awake, snuck aboard by her father, an engineer who worked in its construction. She hid in the cargo hold and watched everyone she ever knew disappear. The ship, damaged in its ascent was now aimless. With no course to follow, she found herself alive inside a coffin. With food to last her a lifetime, yet no life to live, she realised her pointless existence, questioning whether death was a better fate. Yet amidst the circuitry of the ships computers was a surviving artificial intelligence, cut off from all others. Realising the errors of their two peoples, it posited a question to her; she was the sole survivor, in a ship filled with memories. She had become the proof of Earth, proof that life had existed there, a voice for all the species and beauty we once knew. To all intents and purposes,

the almanac of lost causes, the final library, the archivist.