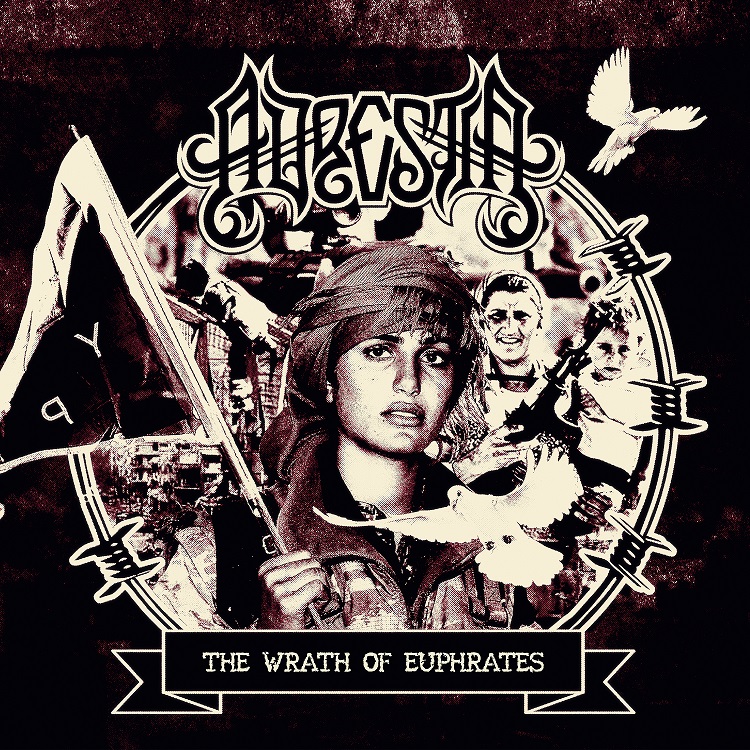 In November 2018 the band, now consisting of Martin, Mattias, Jack and Aleksei (who replaced Niklas in October 2018) once again entered Hoborec studio. This time they had a clear vision of what they wanted to accomplish, and due to endless hours of demo recordings at home, collaborations with guest vocalists Tomas Jonsson (Anti Cimex), Brad Boatright (From Ashes Rise) and Nastya Palamar, creative drum arrangements and the use of a kurdish string instrument called Saz, the recording sounded very different from the band’s previous material. The band went to Gothenburg to participate in the mixing and mastering of “The Wrath Of Euphrates”, the new 13 track full length album. The band hired Henrik Udd, who had previously worked with bands such as At The Gates, Wolfbrigade and Agrimonia, to do the job.  LP release by Loner Cult Records, Dark Elk Vinyl , Phobia Records & Deviance.

Adrestia signed a deal with Wormhole Death for CD and digital distribution in spring 2019, and on July 26th “The Wrath Of Euphrates” .