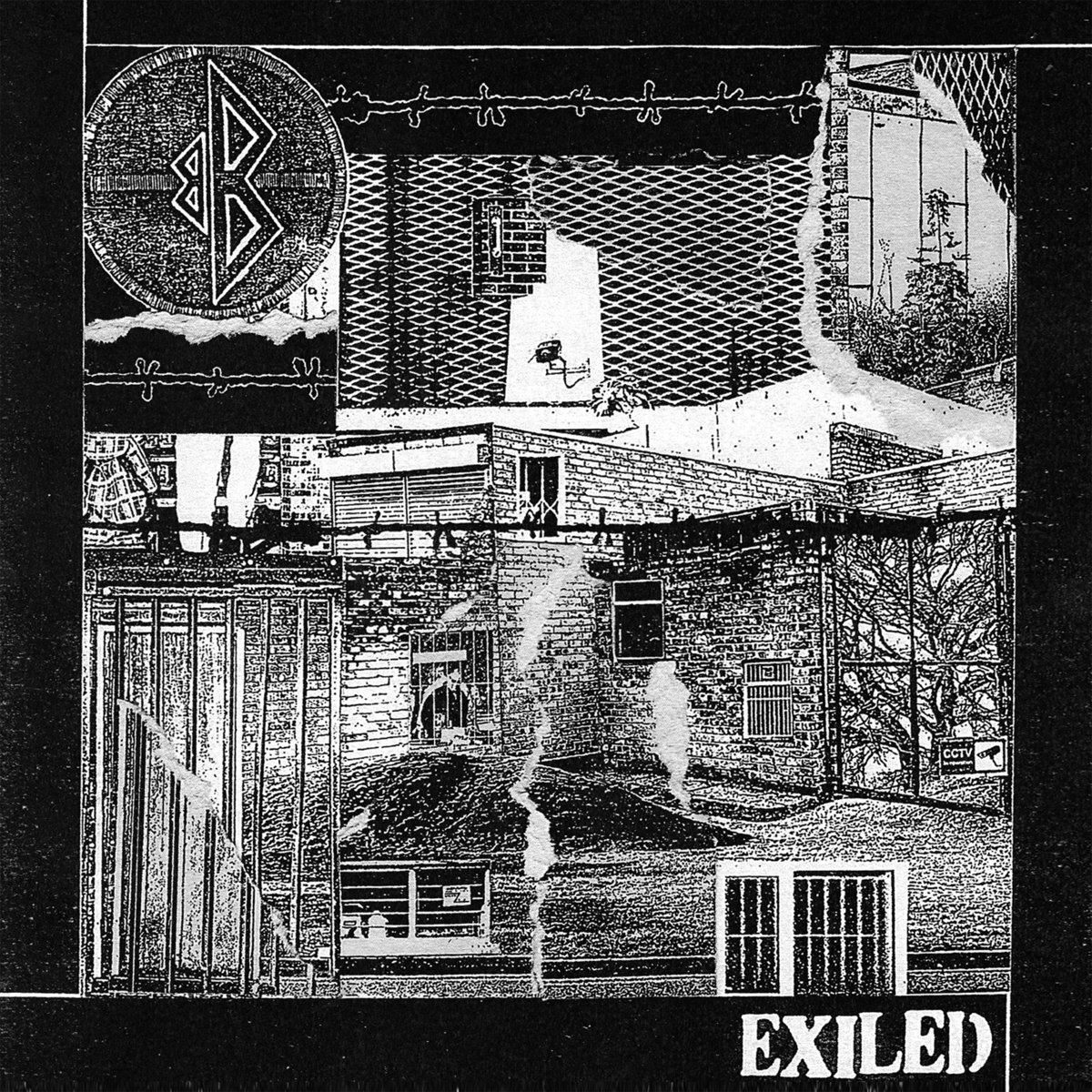 The news cycle as it exists in 2019 – rapid, permanently mutating, consistently grotesque – equally blesses and curses Bad Breeding. A group with a keen eye for social injustice and establishment venality, expressed in hollered tones over a full-throttle, enervating soundclash of anarcho punk, hardcore and noiserock, their third album ‘Exiled’ was fuelled by the last 12 months in (primarily) British politics: a nation circling the drain while forever eyeing the plughole. Partly, anyway.
Topics on this 12-song, 33-minute album also include some hardy perennials of left-wing hardcore punk: war, imperialism, the police, the press. Topics which, at a time where the political landscape could change tectonically between this being written and you reading it, maintain a grim relevance. It’s far more than generic protest prose though. One must hear for oneself to know for sure.

250 copies on black, 75 on teal green and 75 on translucent light blue 150gr vinyl housed in a classic CRASS style 12 panel foldout poster sleeve with essay inserts and download cards included. Art by Nicky Rat. Sound by Ben Greenberg.
A record for the people