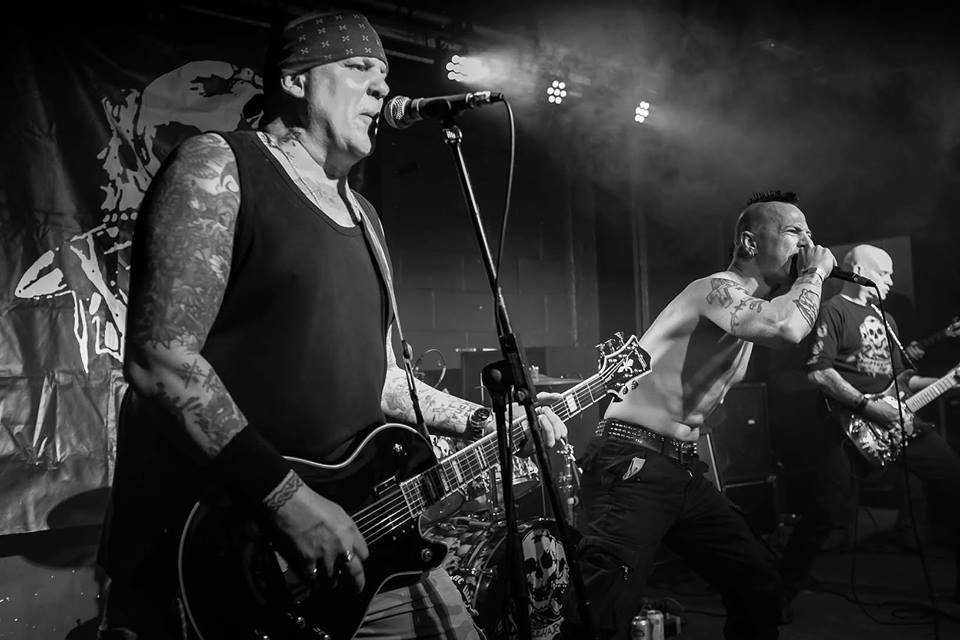 The band is characterized by a minimalistic approach of music and lyrics, a heavy, distorted, and grinding guitar-driven sound and raw, shouted vocals similar to a political speech, with lyrics on anarchist and pacifist themes. AllMusic calls the band’s sound a “high-speed noise overload” characterized by “ferocious noise blasts” [2] The band’s 1982 debut album, Hear Nothing See Nothing Say Nothing, went to number two on the UK Indie Charts and number 40 in the UK Album Chart. In the early 1980s, numerous singles and EPs placed in the top 10 of the UK Indie Charts, including the 1981 EP Why? (#1) and the 1982 single State Violence State Control.

Hear Nothing See Nothing Say Nothing paved the way for thrash metal, black metal, crust punk, grindcore and various extreme metal subgenres. “Discharge’s influence on heavy metal is incalcuble and metal superstars such as Metallica, Anthrax and Sepultura have covered Discharge’s songs in tribute.” [3] The musical genre of d-beat is named after Discharge and their distinctive drumbeat.

Lost Data Productions UK have released a new documentary on Discharge which is out on DVD/Blu Ray combo features interviews, live performances, and more.

Every now and again, I see a post pop up on Facebook, Twitter or whatever ‘anyone know where to get Discharge font?’ when someone has created a new D-Beat band.

DISCHARGE PART WAYS WITH THEIR VOCALIST

It has been officially confirmed that Rat has left the legendary British punk band DISCHARGE due to musical differences! Check out the official word below.