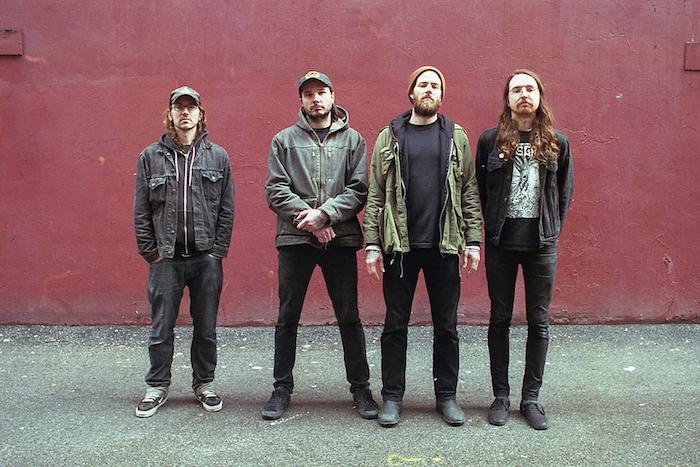 BAPTISTS ‘Beacon Of Faith’ Out Now

Beacon Of Faith broadly follows the same trajectory as its predecessors — Bushcraft (2013) and Bloodmines (2014) — combining raw adrenaline-fueled emotion, venomous vocal delivery, gigantic guitar sound, and a visceral, rhythmic propulsion, a sonic manifestation of desolate rage, bolstered by a palpable sense of urgency. The album is densely-packed, yet BAPTISTS’ sound is far from claustrophobic. There is melody amongst the dissonance, as the band more deeply explore the noise rock vistas that have always underpinned their sound.

The lyrics on Beacon Of Faith are drawn from the members’ direct experience of a broken society and general discontentment with everyday life. A multitude of issues are in the firing line, from the Canadian court system, issues surrounding substance abuse, mental health, and how the more fortunate tend to dismiss people who have been dealt a less-fortunate hand. Beacon Of Faith was recorded at Godcity in Salem, Massachusetts with Kurt Ballou in July 2017, mastered by Brad Boatright at Audiosiege in Portland, Oregon, and completed with photography by Jillian Mann.