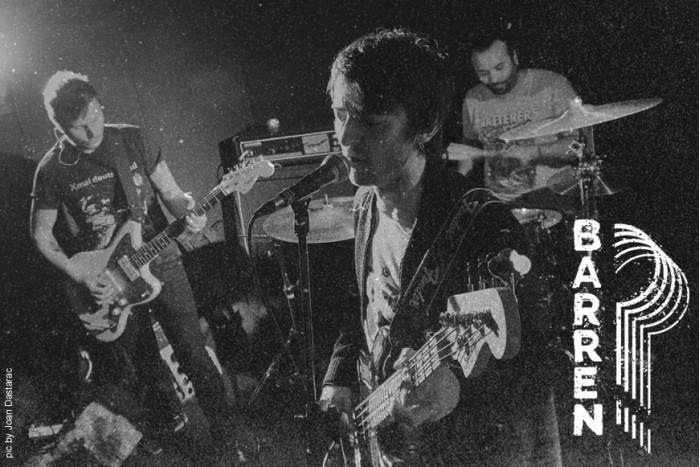 Barren? release their debut LP of anarcho/peace punk from France featuring members of Turquoise and Krigskade

“BARREN? comes out of the greyness of a sick world in which we have to build hope by ourselves. Between urban drifts and authority abuses, voices can still resonate and this record proves it. BARREN? cultivates a great sense of both melancholy and uprising. The band may remind you the darker acts of the UK anarcho punk scene such as THE MØB just to name one. Those familiar with the Parisian DIY punk scene have probably seen BARREN? playing live with one of  the different line-ups they had through the years. The band is now a three pieces and seems to have found the perfect brew. We’re happy to help these sincere guys and friends to release their first full length. The record comes in a poster sleeve with great Orwellian artwork by Barreto.”

Out now on Destructure, Les Chœurs de l’Ennui and Symphony of Destruction