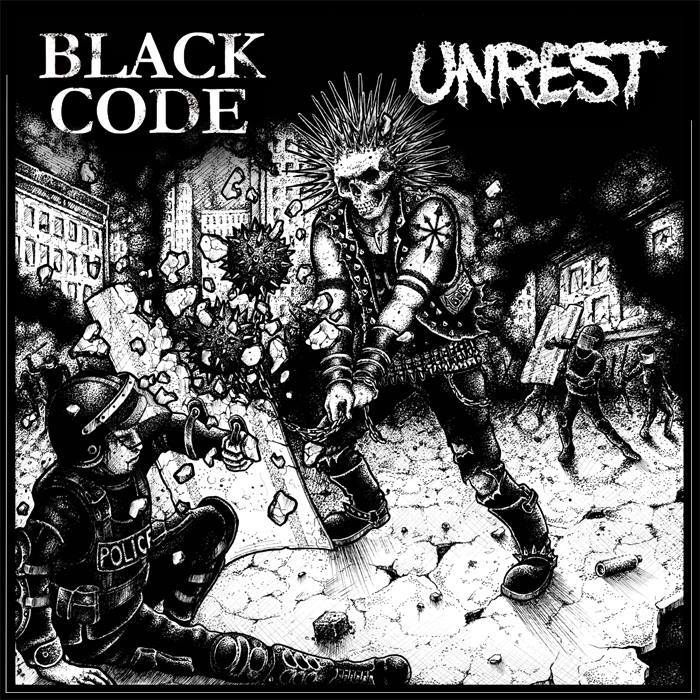 BLACK CODE from France have teamed up with Germanys UNREST on a split 12″ of earsplitting crust.

Black Code from France have team up Unrest from Germany on a split 12″ BLACK CODE (Fr) need no intro, with a few UK tours under thier belt hopefully you have seen them already! Rawkus Crust/Metal onslaught fitting 5 tracks onto 1 side of the LP including “death by giant octopus” which gives a nod to Cthulu and H.P Lovecraft. UNREST come from Munster over in Germany and play some earsplitting grind/crust. Popes Path is a great ditty for the noizey folk. Nice finish with black discobag and red vinyl.

Out now on Pumpkin Records.