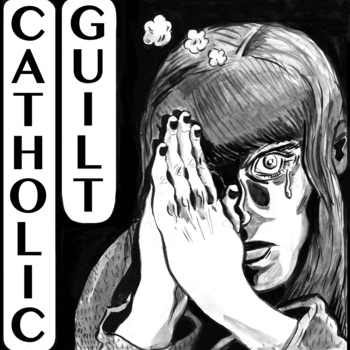 CATHOLIC GUILT is a young band from Graz, Austria playing fast and snotty ’80s-style US-hardcore. Highly reminiscent of the early FRREZE, DIE KREUZEN, and similar sounding bands from that period.

Catholic Guilt almost measures up with Poison Idea when it comes to dashing off cogent, well-written songs that eloquently express the entire band’s lack of interest in most of humanity. The singer sounds as apathetic as Jerry O., and the band is adept at stop-on-the-dime hardcore humdingers.After a Split-LP and a 7″, they are now releasing their debut-LP. Some ltd. copies on yellow vinyl available Phobiact Records