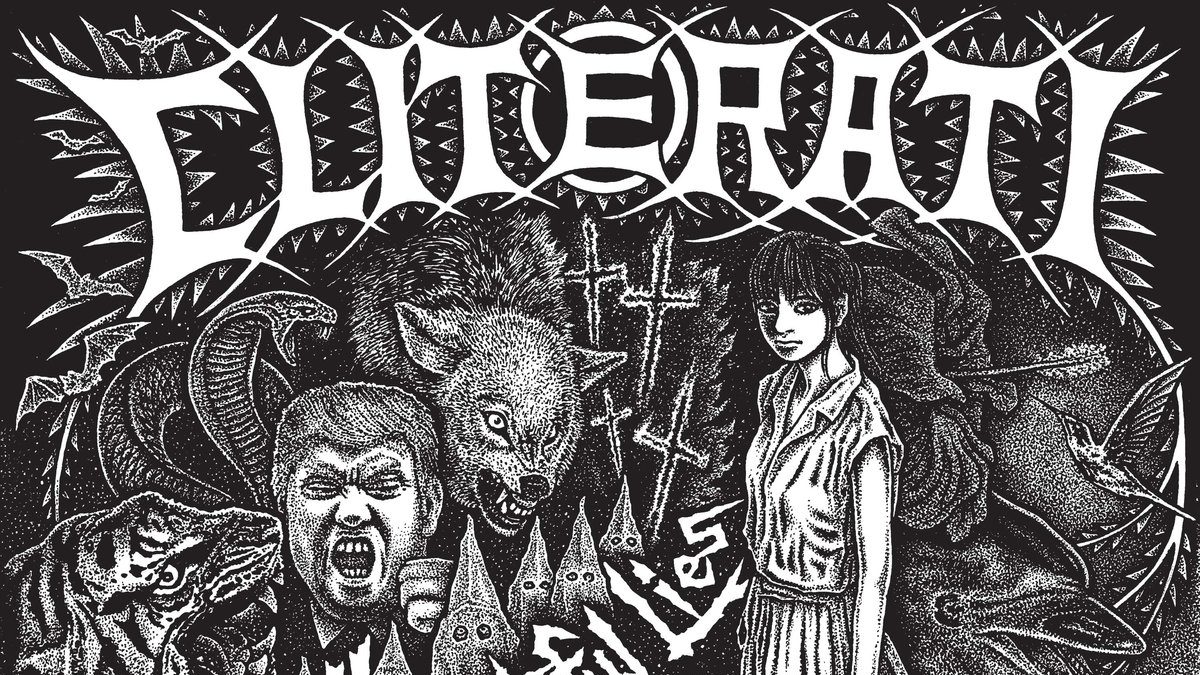 Over a year in the making, Ugly Truths / Beautiful Lies is ripping fifteen-track/thirty-two-minute socio-political exposé on the USA’s divisive administration with humor and quick wit. Having performed over a hundred shows in that time, test driving many of the tracks live, CLITERATI is sharper and more ravenous than ever before. Ugly Truths / Beautiful Lies was recorded by longtime comrade Greg Wilkinson (Necrot, High On Fire) and mastered by Joel Grind (Toxic Holocaust, Power Trip) with cover art by legendary Japanese artist Sugi (Doom, Death Side, Hellshock) whose illustration reflects a personal interpretation of Ugly Truths / Beautiful Lies’ title track.

In advance of the record’s release, CLITERATI released “Latinx Taken” for public feasting. Issued vocalist Ami Lawless of the band’s first single, “My mom would have been considered illegal/undocumented. I’ll never understand this reference to other human beings. A good portion of this country was once Mexico and now people whose ancestors walked and worked this land are not welcome here… and those in power will use us for whatever they can. No one is illegal.”

Doing time in more bands than need be mentioned, CLITERATI is made up of four friends who’ve been churning out punk, power violence, grind, and death metal for much of their lives. Influenced by everything from Bolt Thrower and L7 to Doom to Necrot, together these lifelong extreme music fans spew forth a distinctly riotous brand of unforgiving/unforgettable d-beat/thrash crust.