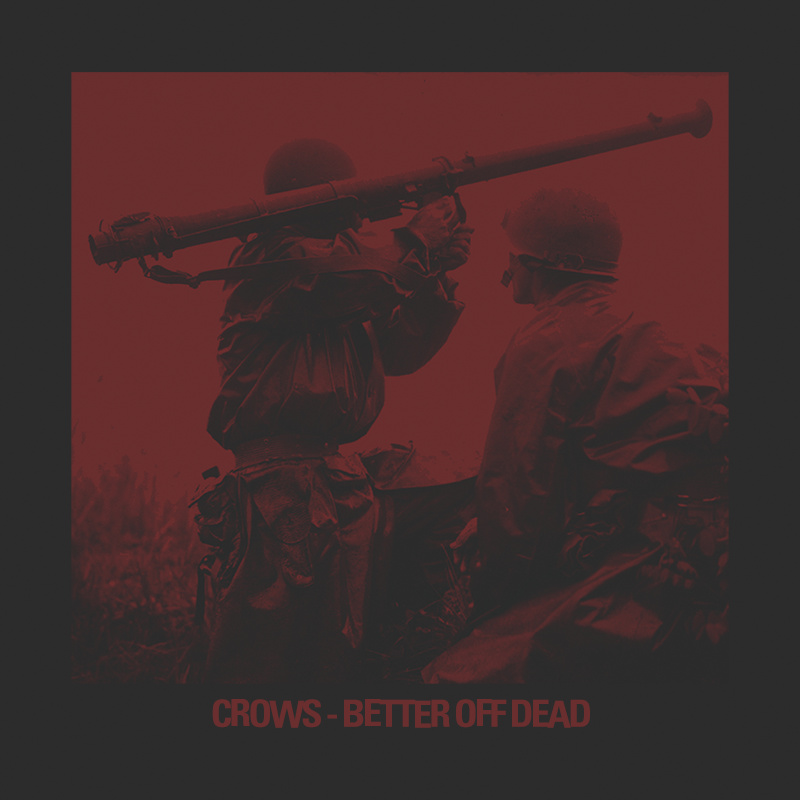 CROWS fast, down-tuned, hardcore-punk from Ireland have uploaded up two tracks from their upcoming LP to be released Distro-y Records

Having previously released ‘Serverance’ cassette self-released on Sour Milk Rec followed by a 7″ split-record with Dublin sludge-hardcore band Drainland on Suburban Mayhem Records. Late 2014 shall see a debut LP released which will be a concept LP entitled ‘Better off Dead’ on Distro-y Rec, De Graanrepubliek and Super-Fi Records.

concept record based on the types of people who have played a role (big and small) in the degradation and collapse of Irish societal values and cultural identity, and as a result are ‘Better off Dead’. Bankers, socialites, overpaid broadcasters, corrupt politicians, property developers and so on.