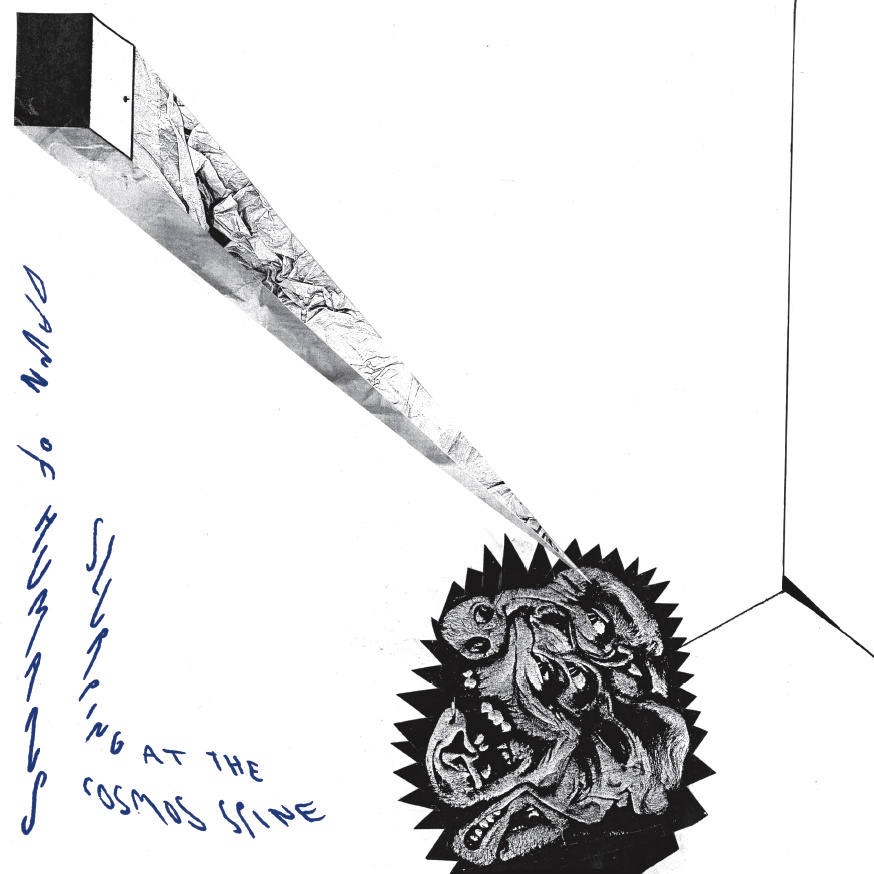 DAWN OF HUMANS – Slurping At The Cosmos Spine LP Out Now

Debut album from New York’s DAWN OF HUMANS, opening a door into an unexplored world below the Brooklyn sewers. ‘Slurping at the Cosmos Spine’ is a chaotic, creepy and unhinged album that takes the mutant sound of UNITED MUTATION and mixes it with the basic, hypnotic and relentless rhythms of THE RONDOS / Early EX.

It actually sounds like a RUDIMENTARY PENI 7″ played at the wrong speed. This is music for freaks that is wild and abandoned in parts and then locked in and claustrophobic in others. While DAWN OF HUMANS is surely a band to experience live due to their ever changing stage performance ‘Slurping at the Cosmos Spine’ manages to shine the psychotic genious-ness of the band thru the grooves of this record.