DEAD TO A DYING WORLD US October Tour

DEAD TO A DYING WORLD will embark on their West Coast tour this October in support of the release and in conjunction with the band’s appearance for Southwest Terror Fest.

They will also make their European debut next Spring 2016 for their European Litany Tour April 8th-23rd. If you want to set up an show, please contact Alerta Antifascista Records via email: cruste@no-pasaran.org

DEAD TO A DYING WORLD´s sophomore 2xLP/CD LITANY, due out October 16, is now available for pre-order through Gilead Media and Tofu Carnage Records in North America, and Alerta Antifascista Records in Europe. Litany is an ambitious and defining opus with each of its six triumphant musical movements, demanding hope and despair in its deliberate parade of the sours of humanity. The album was produced by the celebrated Billy Anderson and features guest appearances from members of Pallbearer, Sabbath Assembly (official), Pinkish Black, and contributing musician Sarah Ruth Alexander.
Stream the track BENEATH THE LOAM here: 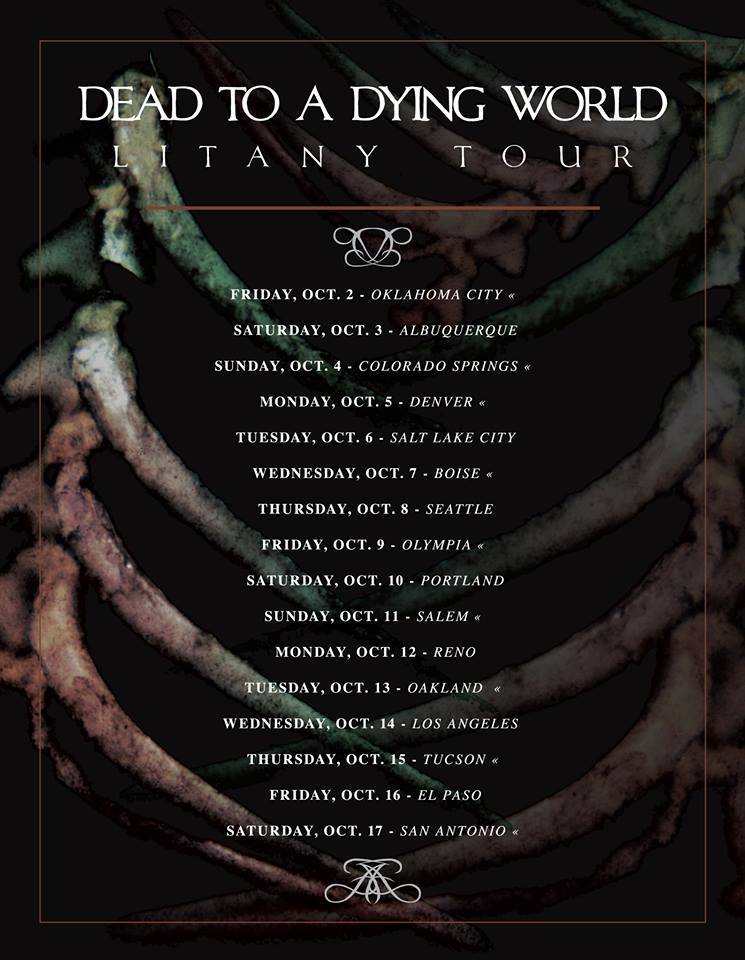