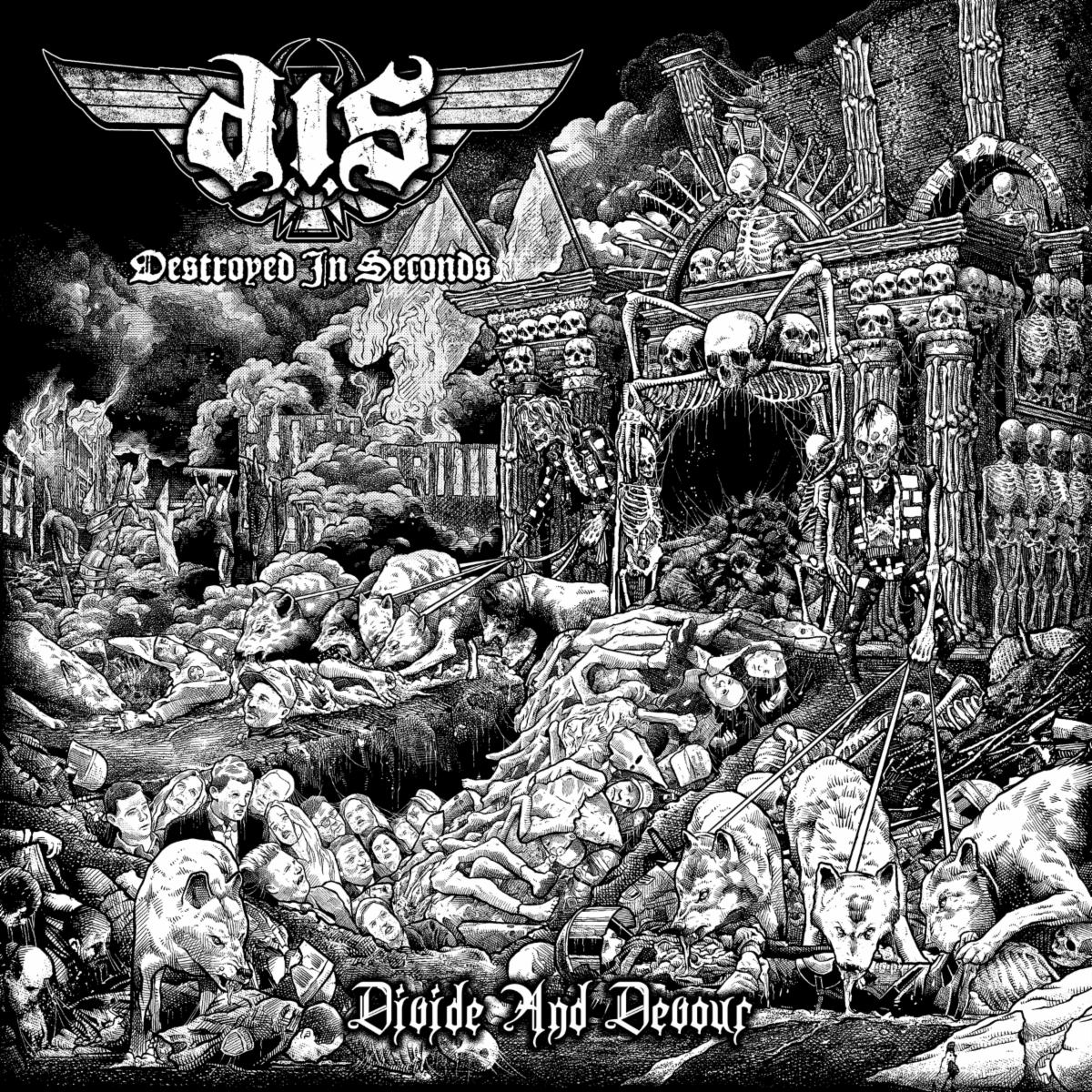 Divide And Devour emits eleven tracks of unrelenting d-beat ferocity centered on pushing back against the growing wave of far-right populism, authoritarianism, and the rise of neo-Nazism and the alt-right. Tracked by drummer Sean Vahle at Architeuthis Sound in North Hollywood, and mixed and mastered by John Haddad (Final Conflict, Phobia) at Trench Studios in Corona, the record includes the addition of bassist Kyle Hertz (Temple Of Dagon, State Of Defiance) and lead guitarist Christian La Rocca (Ruin, Gravehill, Cobra Venom), writing a new chapter of rage and fury for the band.

Notes DESTROYED IN SECONDS in a collective statement, “Divide And Devour is a bludgeoning and grim look at the steady collapse of the country and how far gone we truly are. This record is a proud moment for us and came at a critical time with so much uncertainty in the world. We can only hope our message will resonate with those who have grown tired of the dangerous and shameful path the United States has been on over the past few years. Land of the free. Home for your rot.”