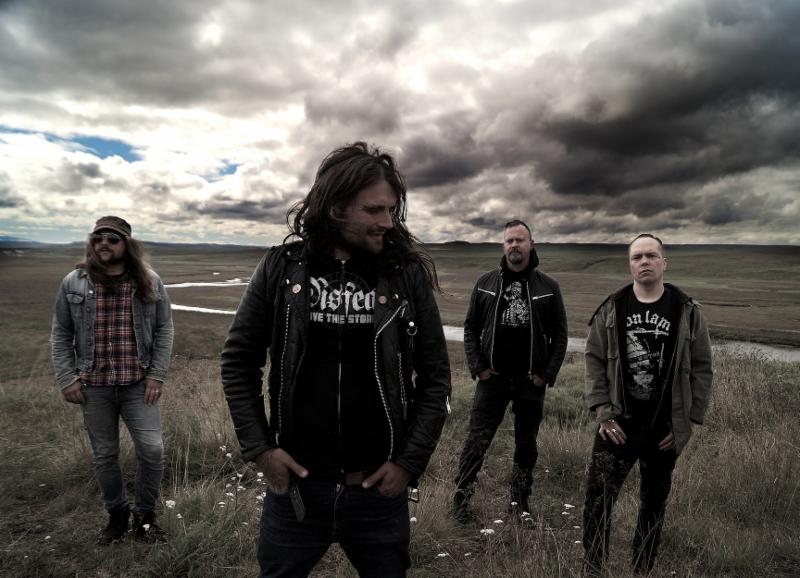 The unparalleled Swedish giants of modern metallic d-beat, MARTYRDÖD, return this November with their sixth full-length of endlessly fascinating, devastatingly different crust, List, once again through Southern Lord, as with 2012’s Paranoia and 2014’s Elddop. Their calling card of lamenting melodies churned out at breakneck pace has become more and more pronounced with each new record, and now on List, MARTYRDÖD has elevated to a new artistic highpoint. The combination of crisp Scandinavian metal distortion and intricate, folk-like guitar leads contribute to a record that feels like one for the ages — very much like the fearsome, In Extremis.

The very first sample from List has been issued in the form of a video trailer for “Harmagedon” – the full video to be shared soon. crackling with velocity and filled to the brim with incendiary guitar work, this is a track that references so much of Sweden‘s metal history while staying true to the infallible punk engine that powers them, the d-beat.

MARTYRDÖD is a central figure in the modern era of the international community of crust, in no small part due to their members’ links to other exemplary bands such as Skitsystem and Agrimonia, but over the years, their powerful allure has resonated in a whole host of intrigued listeners across the spectrum of heavy, enamored by their bleak outlook and scorching melodies. For fifteen years, the members of MARTYRDÖD have honed their craft to a level of mastery, and it shows — List is quite possibly the most refined record to slip in to their furious, spiky discography, and it doesn’t let up for a moment.

List will be released via Southern Lord on November 25th