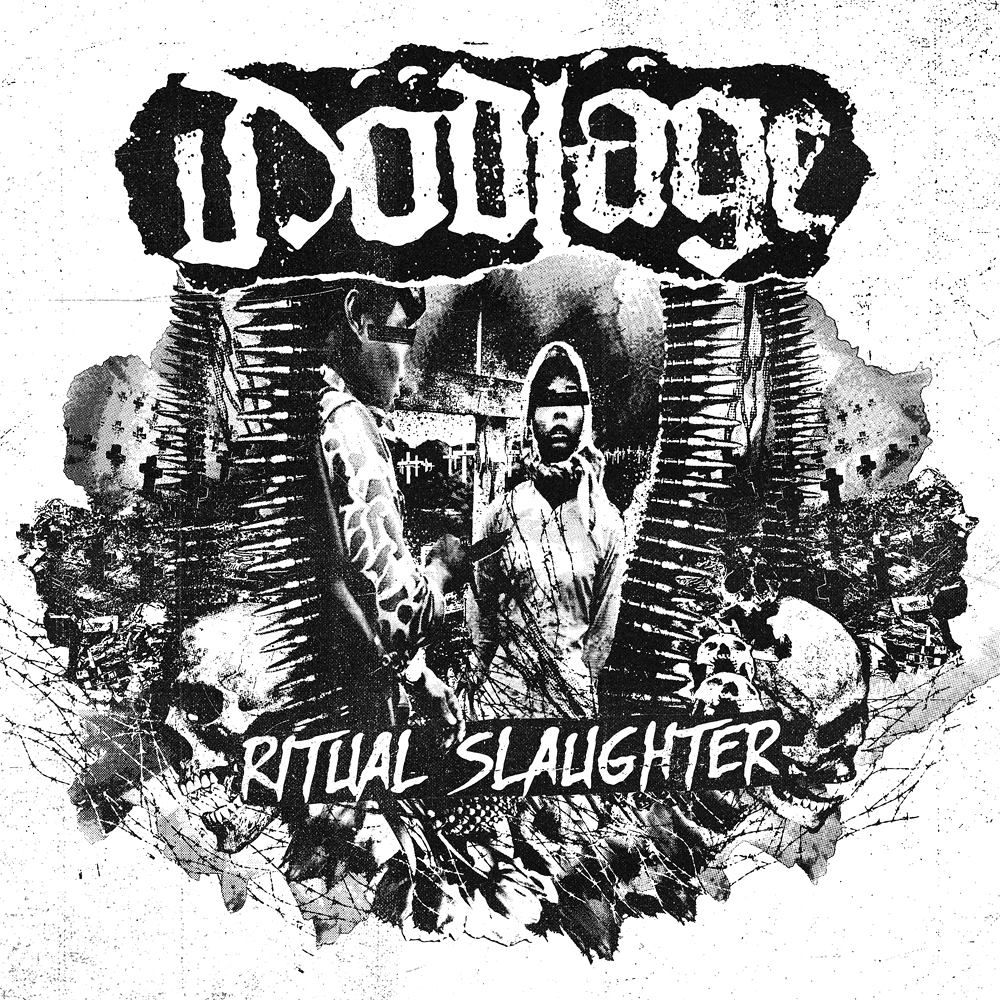 Portlands DÖDLÄGE are to release their upcoming LP via Profane Existence

After 2 Ep’s(one released as a cassette) DÖDLÄGE unleash their first LP – ”Ritual Slaughter”! For those unfamiliar with one of Portland’s better kept secrets, prepare to be crushed! DÖDLÄGE are a raw grind/crust band that belt out old school crust the way it was meant to be played! Highly influenced by Swedish Kångpunk (the word DÖDLÄGE is Swedish for “Deadlock”), you can expect a large Scandi influence. DÖDLÄGE mix the more raw eras of ANTI-CIMEX with the earlier years of crust/grind bands like EXTREME NOISE TERROR and DISRUPT. You might be thinking thats it’s be done before, and it has… but every once in a while a band does it right! DÖDLÄGE are able to maintain a fine balance of bringing something fresh to the table while taking you back to the earlier glory years of the genre. ”Ritual Slaughter” is sixteen ear bleeding tracks of raw crust/grind that will have you banging your fist and grinding your teeth while craving for more!