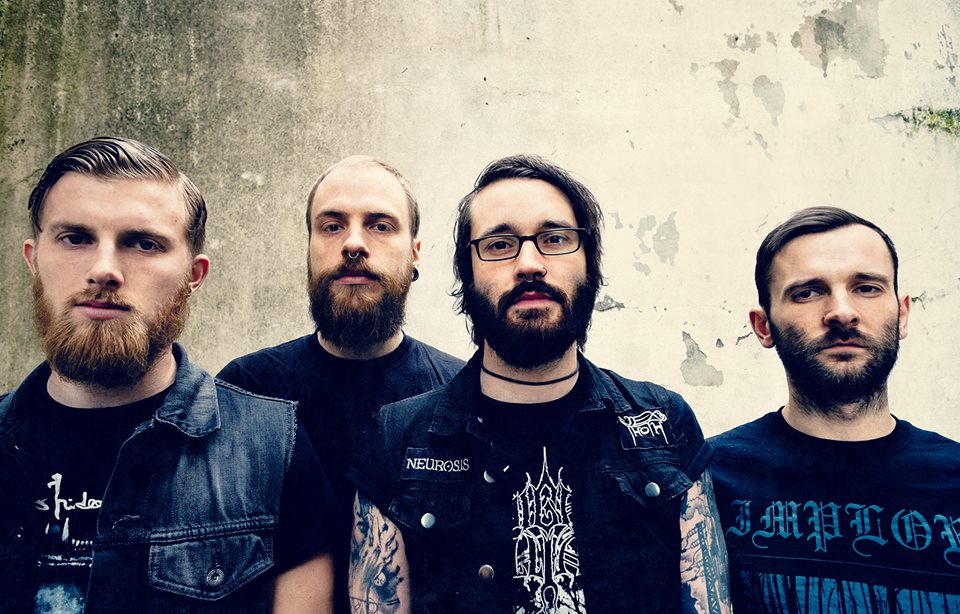 Downfall of Gaia have just finished the recordings for their new album “Aeon Unveils the Thrones of Decay” to be released in the fall of 2014! Which will be released on MetalBlade Records

Downfall of Gaia comments: “All of us are pretty satisfied with the result of the new record and we are excited to share this new piece of music with the audience! The writing process itself became a bit more complex just because of the fact that our new drummer Michael Kadnar is living in New York and all of us are based in Germany. But in the end we were able to manage all of this in a good way, hit the studio and recorded our most aggressive sounding record till today.

“Once again we recorded at the ’79 Sound Studio with Christoph Scheidel and we couldn’t ask for a better guy! Mixing job one more time by Jack Shirley from Atomic Garden and master by Brad Boatright from Audiosiege. Anytime again, guys!

“The recording itself went pretty smooth just besides the annoying fact that all of us became pretty sick in the last few days of the studio and right before our European tour with Toxic Holocaust and Black Tusk, sitting there with a cold, fever and hardly able to talk, everything went just as planned! Definitely a funny pic to see! But for now we are happy to be done with the studio and can’t wait to play the new material live!”

Check out Downfall of Gaia videos and music athttp://metalblade.com/downfallofgaia/

Downfall of Gaia germany
Search
About This Site