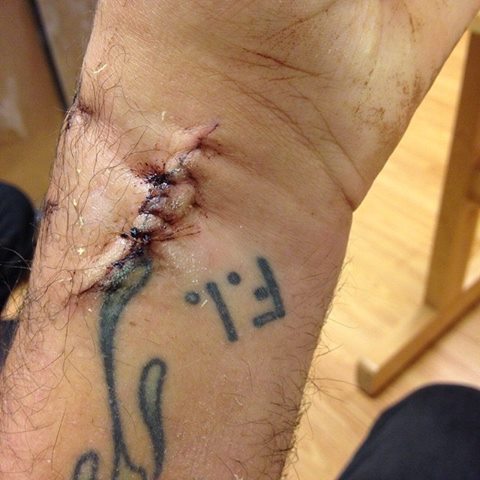 We are sorry to say that Dropdead will not be playing the December Pig Destroyer shows in Boston or Philly, nor will we be playing the show in PVD at Dusk towards the end of December. George crashed his motorcycle in September, opening up his hand down to the tendons and ligaments, and breaking his wrist. The doctors working on George said he should be in good shape for these events in December, but unfortunately that is not the case. We talked about getting a fill in bass player, but none of us are excited about doing a half-assed show. We apologize for letting you down on this, but we’d rather be 100% than try to seat-of-the-pants our way through a set. Apologies everyone, hopefully the physical therapy on his hand will have him limber enough for shows in early 2015. See you then, and if you ride, ride safe: boots, gloves, jacket, and helmet mandatory.