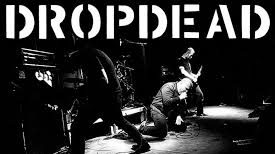 DROPDEAD Have Recorded A New LP

Dropdead dropped the news that they have recorded their third LP at God City Music last week.

We knew this long awaited LP was in the works and Dropdead even gave us a big hint on to what some of the tracks may sound like when they released a BENEFIT RELEASE FOR THE DROPDEAD VAN FUND. The tracks were not intended to be released and were part of a working demo of 28 tracks they had recorded this spring. As they demo’d the new release before entering God City Music for the forthcoming LP. The tracks on the demo may not be the future titles, or finished lyrics but just demos.

Spent some quality time @godcitymusic last week working on a long talked about 3rd album. Could not have had a better experience, maybe just some extra extra snacks. Thanks Kurt and Zach for everything. #godcityinstruments #godcitystudios#goodtimes

Listen to the demo and contribute to the bands van fund. Dropdead’s van was stolen in June 2019.