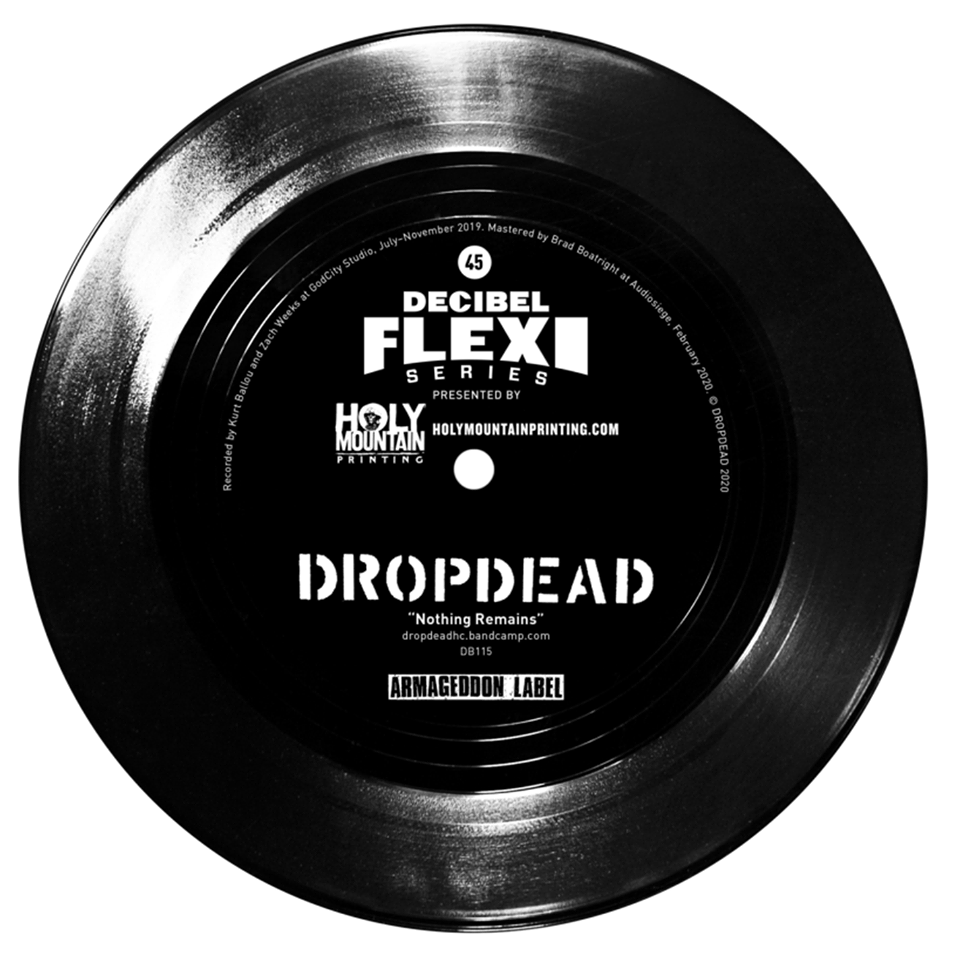 Bit late posting on this one but incase you missed it Dropdead have released one new track out last month as a flexi as part of Decibel Magazine Subscription, an alternate version of a song off the upcoming 2020 LP.

Grinding hardcore punk legends Dropdead will release their third self-titled/untitled record—and first since 1998—later this summer via the Armageddon Label. But before that looooooong-awaited new LP sands off faces, you’ll get a short sharp shock via the Decibel Flexi Series with a brand new exclusive Dropdead track called “Nothing Remains.” But you’ll need to sign up for a deluxe Decibel subscription (or have an active one) by Monday, May 4 at 12pm EST to secure your copy of this exclusive ripper on floppy vinyl.

I was a bit late posting about this so it may be gone it may not check out Decibel.