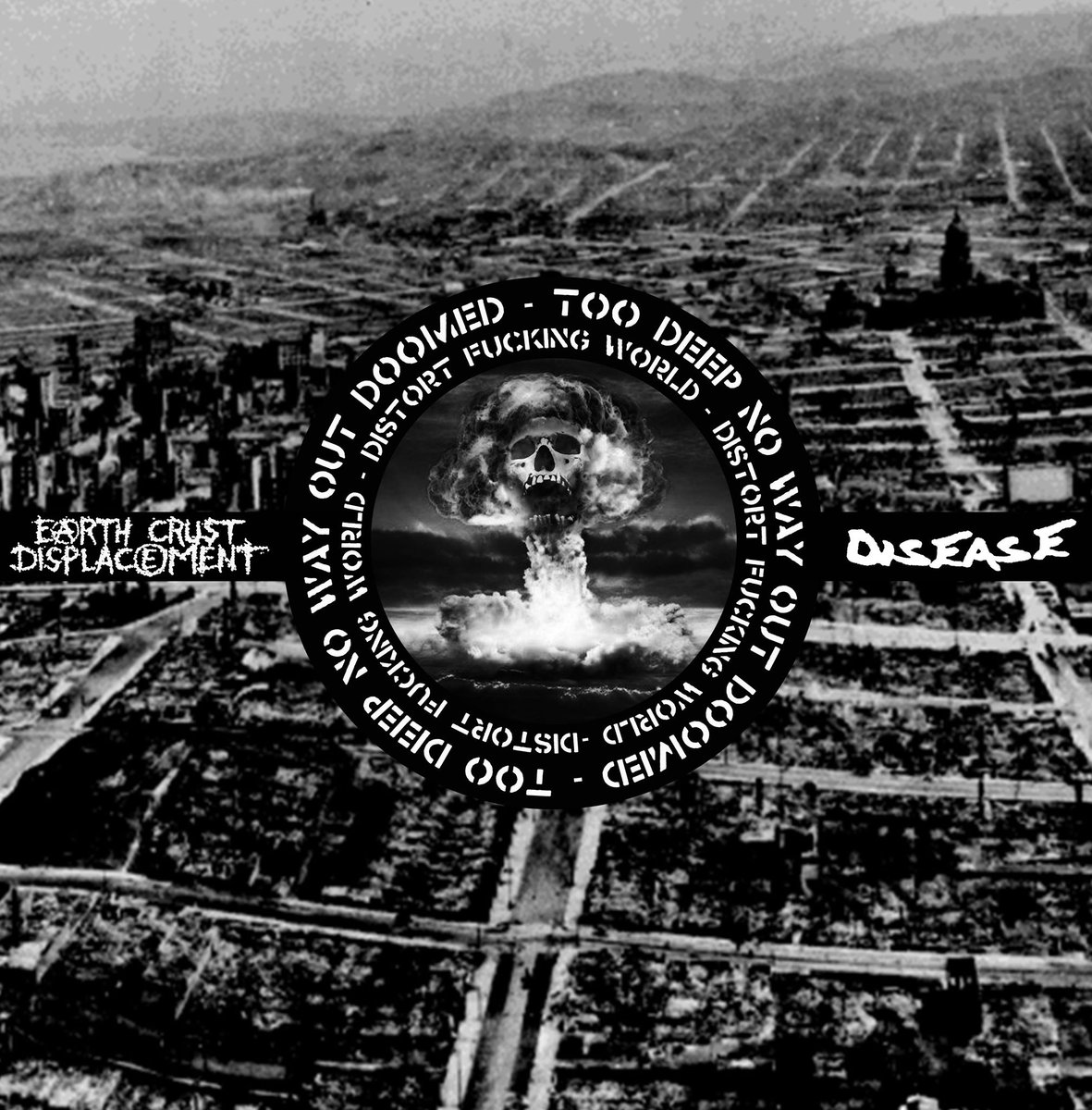 is delivering 6 new that will bring you into ‘Apocalypse Of Death’ era. On the other Earth Crust Displacement brings you 7 tracks of sound of raw d-beat noise inferno!

released via Black against nigh records (Melbourne), pressed in Australia. Limited to a 300 copies, 200 black and 100 grey. There is also a limited test press copies to 28 with the inverted colour of the artwork.