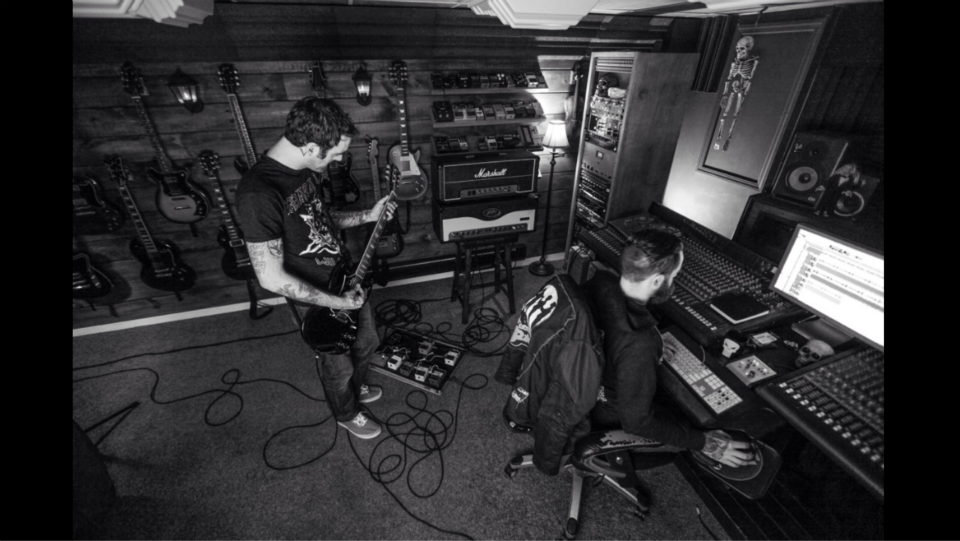 Enabler begins recording new album “Fail to Feel Safe” Ohio-based hardcore/metal outfit ENABLER has entered Silver Bullet Studios with produced Greg Thomas (Misery Signals, Shai Hulud), who also produced the band’s critically acclaimed album, All Hail The Void (2012), and engineer Chris Teti (The World Is A Beautiful Place and I Am No Longer Afraid To Die). Mastering will be done by Bill Henderson at Azimuth Mastering. An early summer 2015 release date is planned.

“It’s been great working with Greg Thomas again. Greg is a former guitarist of the band in addition to producing our debut full-length All Hail the Void. I thought it was key to work with a producer who is not only a brilliant engineer, but also understands the band’s sound. We’ve done this before, so there’s a lot of fresh ideas coming out, some things we wanted to try previously but didn’t have the time, as well as a lot of reflection on the previous material of everything that we love about it as well as everything that we think needed to change.

The collection of songs on this record is the most dense and diverse that I’ve written for Enabler, at times it is the band at it’s heaviest and most destructive moments and at times is the most melodic and heartfelt it’s ever been. There is also a general love for punk and traditional rock and roll that comes out on this record that the band hasn’t quite done before, with a lot of black metal style undertones hidden beneath it. The record just sounds scary, but very listenable at the same time. I’m always excited for every release the band puts out, but I think this one takes the cake on anything the band has done previously. I can’t wait for everyone to hear it.”