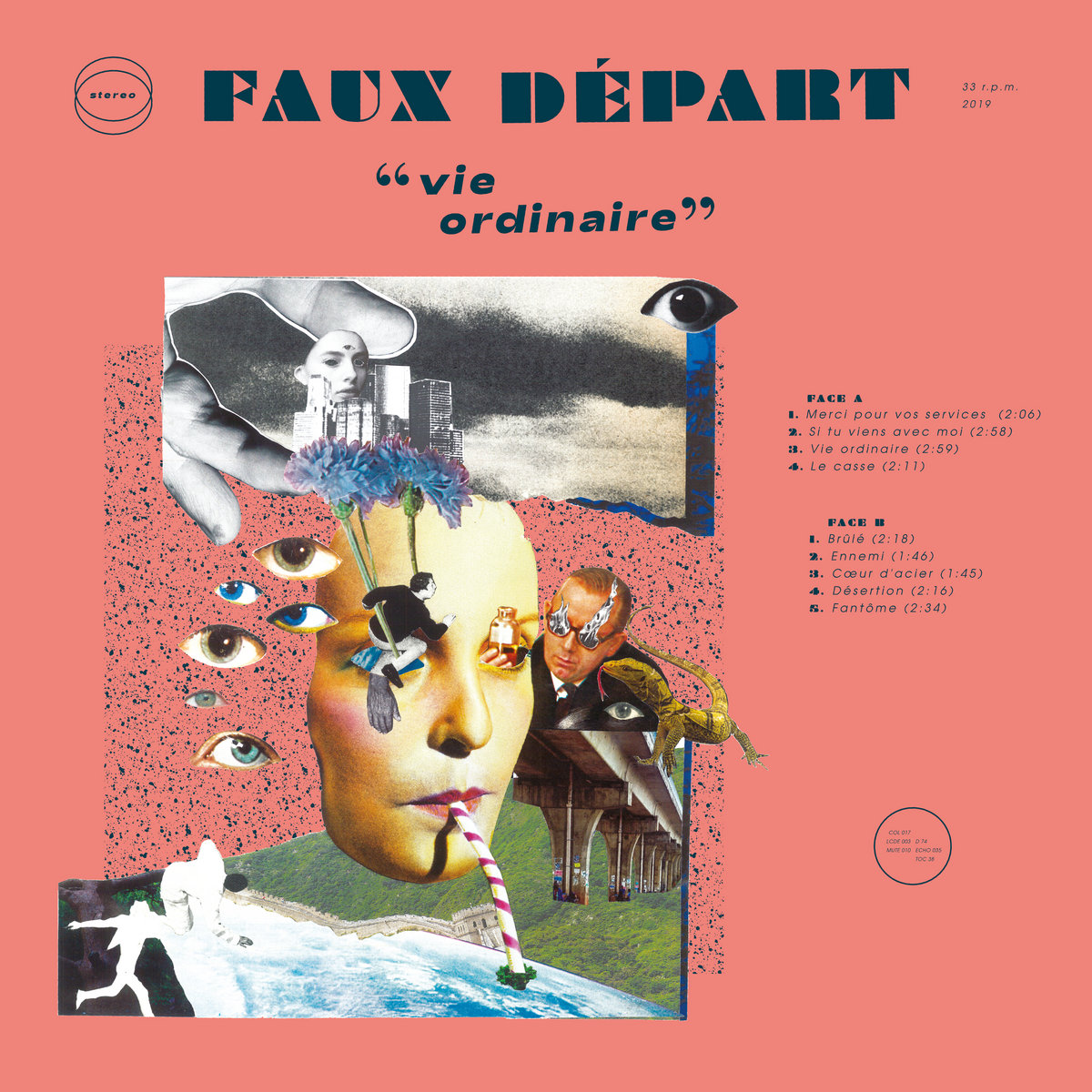 The trio comes from Lyon, France, a city well known for bringing to life a high amount of great punk bands over the past decades. “Vie Ordinaire” is FAUX DEPART second album, a record made of songs that will get stuck in your head from the first time you hear them. Basically, it’s melodic but incisive punk-rock with a great sense of songwriting and sarcastically clever french lyrics.