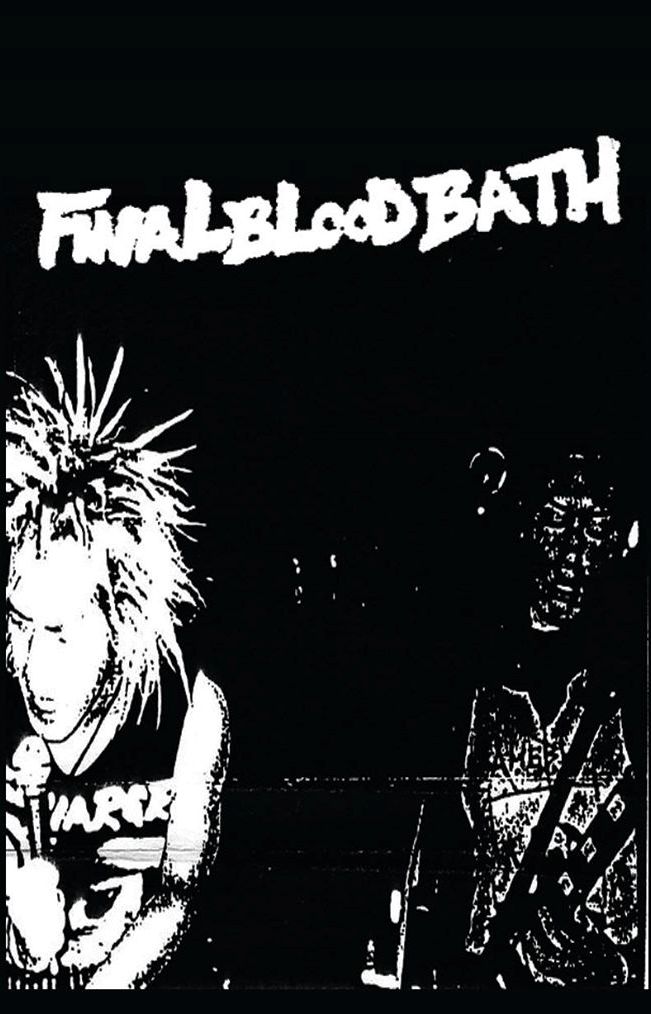 Tokyo strong heavily DISCHARGE’s influenced FINALBLOODBATH!!! on pro cassette!. As we known, Final Bloodbath was a Japanese d-beat band with heavy influence from discharge. They released two 7″s before changing their name to Final in 2003 and releasing the Grow Strong/Empty 7″ to which follows a more ‘Broken Bones’ sound and the band is already break up and not active anymore until today. This cassette released include their two past EP which is s/t and Dead or Alive which is all 9 tracks in one tapes! also in addition a rare band live photo taken by Kenpal ( Paank Levyt). This is another different Japanese punk DISCHARGE’s band influenced that come’s with very brutal and angry style on vocal side!.