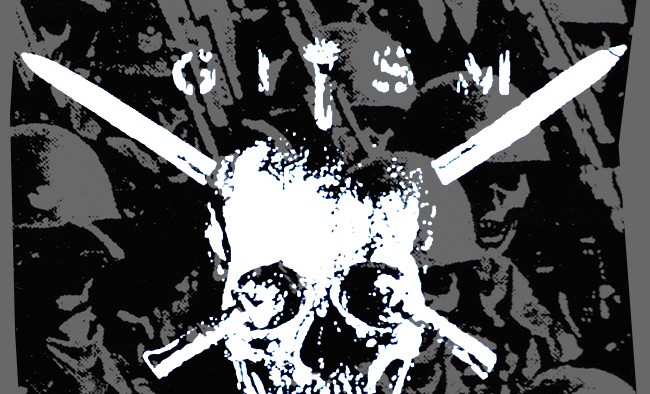 We’re still pinching ourselves to make sure it’s true, and we still haven’t woken up, so it must be: G.I.S.M. are coming to Roadburn! The absolutely legendary Japanese band embody the true meaning of cult – one of the first acts to bridge the gap between hardcore punk and metal, and in the process redefined danger and unpredictability with violent stage antics and the insane aggression of their music.

Over a decade after ceasing activities, G.I.S.M. reappear for their first concert ever outside their native Japan… and it will be on Friday, April 15, at the 013 venue, as part of Lee Dorrian‘s Rituals For The Blind Dead, Part 1. We’ll just keep pinching ourselves until our arms turn purple.

Lee Dorrian gives us the lowdown on how this booking came about: “Over the years I’ve been fortunate enough to have been involved in some pretty amazing activities. This achievement is fairly high up there, in terms of things that have excited me the most. When I got asked to curate Roadburn 2016, I obviously drew up a list of favourite bands and started a process of elimination. I tried Rudimentary Peni but, alas, it was not to be. Then I thought about G.I.S.M….. I thought it was an extremely long shot for many reasons. Mainly because I knew that they had never performed outside of Japan but also, they hadn’t even performed a show in Japan for over a decade.

“Back in ’93 whilst in Tokyo with Cathedral, G.I.S.M. vocalist Sakevi came to the show and invited me and some others back to his apartment the next day, where we all hung out, got stoned and watched human dissection videos (!) amongst other things. It’s a night I will never forget. It’s hard to under-estimate the influence that G.I.S.M. has had on extreme music, particularly hardcore punk over the years. I would say that alongside Discharge, they are probably the most influential in the raw and dirty world of metallic-edged, proper, noisy, hardcore.

“Anyway, via mutual friends, I managed to track Sakevi down again and put forward a serious offer for G.I.S.M. to come over and perform at Rituals For The Blind Dead. After a couple of mails backwards and forwards, he agreed to come and play. I still can’t quite believe that this is actually happening but the flights are booked and they are getting ready to come and boot you so brutally fucking hard in the ass!!!”

Sakevi added “It’s my pleasure to be involved and to be part of such a cool festival. It’s our first time ever playing outside of Japan, and it will be our first show at all since February 2002! We’ll be playing a so-called “classic set” – and I’m already looking forward to having a lot of fun at Roadburn.”