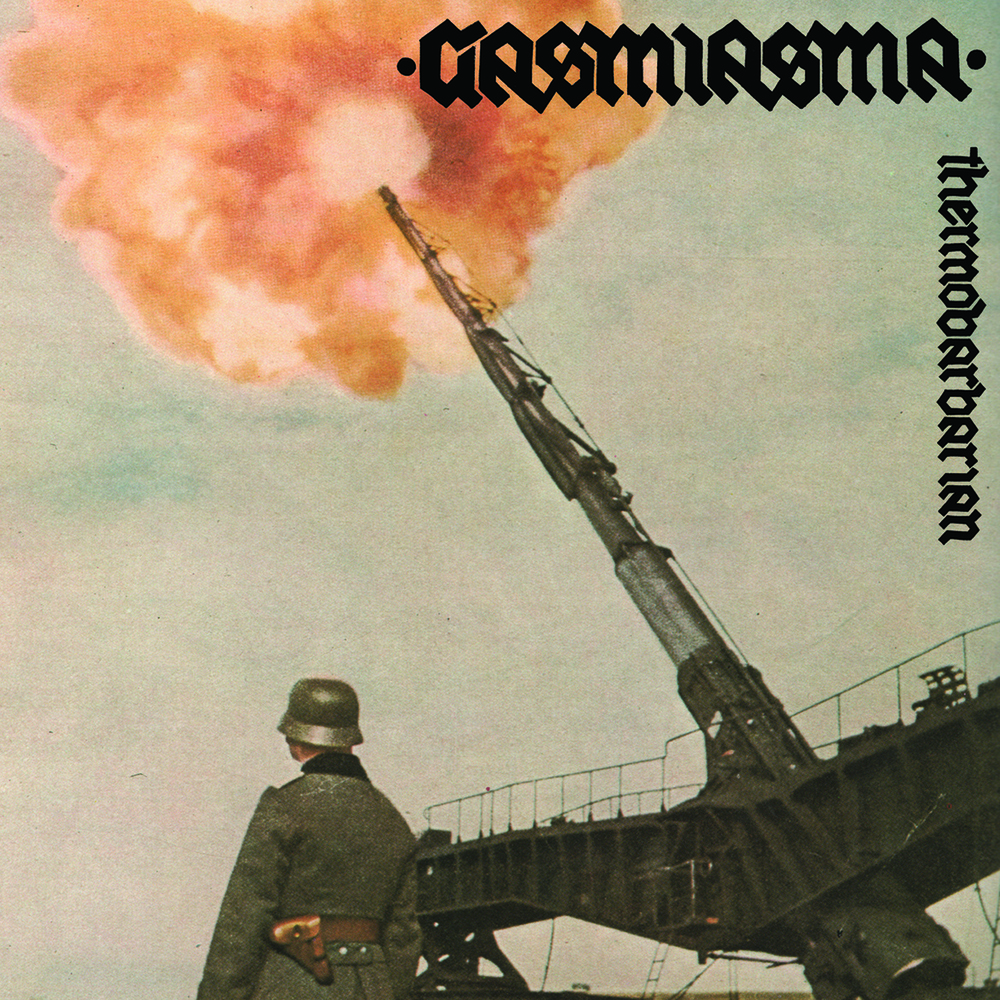 Swedish label Skrammel Records are releasing Gasmiasma – Thermobarbarian/Glioblastoma LP. Gasmiasma hail from New Orleans and feature members of Down, Eyehategod and Hellkontrol. Bringing a Scandinavian hardcore mixing it with a UK crust sound.

Formed in 2009, the New Orleans outfit features Patrick Bruders of Down/Crowbar fame as well as Aaron Hill from Eyehatgod. But Gasmiasma is not dealing in the ultra heavy Black Flag/Black Sabbath sludge that constitutes the classic NOLA sound. This is a different beast all together.

Together with Dan McCoy from Hellkontroll and Jordan Barlow, Brudes and Hill churns out a lethal high velocity punk attack drenched in painful feedback.

You can say it’s influenced by the timeless Swedish violence of Totalitär, Anti Cimex and Shit Lickers. You can say that it bears the mark of the Japanese genius of Disclose. You can even say that it carries on the crusty legacy from ye olde UK speed heads like Doom and Extreme Noise Terror. And you’d be right.

The members of Gasmiasma carries their influences proudly on their chests, just like a weathered crust punk is never ashamed of a once white Dropdead patch on a stained and studded denim vest. Still, make no mistake: this is not a copycat band, not yet another Discharge clone.
The nine tracks on Gasmiasma’s debut album – preceded by two 7”s and a live cassette – has a distinct feel of being it’s own master. A panic inducing soundtrack for panic inducing times, as mankind rapidly approaches it’s own demise.

”Marred flesh, last breath, peace through swift death” – yup, it really hurts the mind and the ears to listen to a record like ”Thermobarbarian glioblastoma”. Pure vinyl napalm to get you in the right romantic mood for the age of the Thunderdome. See you on the other side of Armageddon, punk.