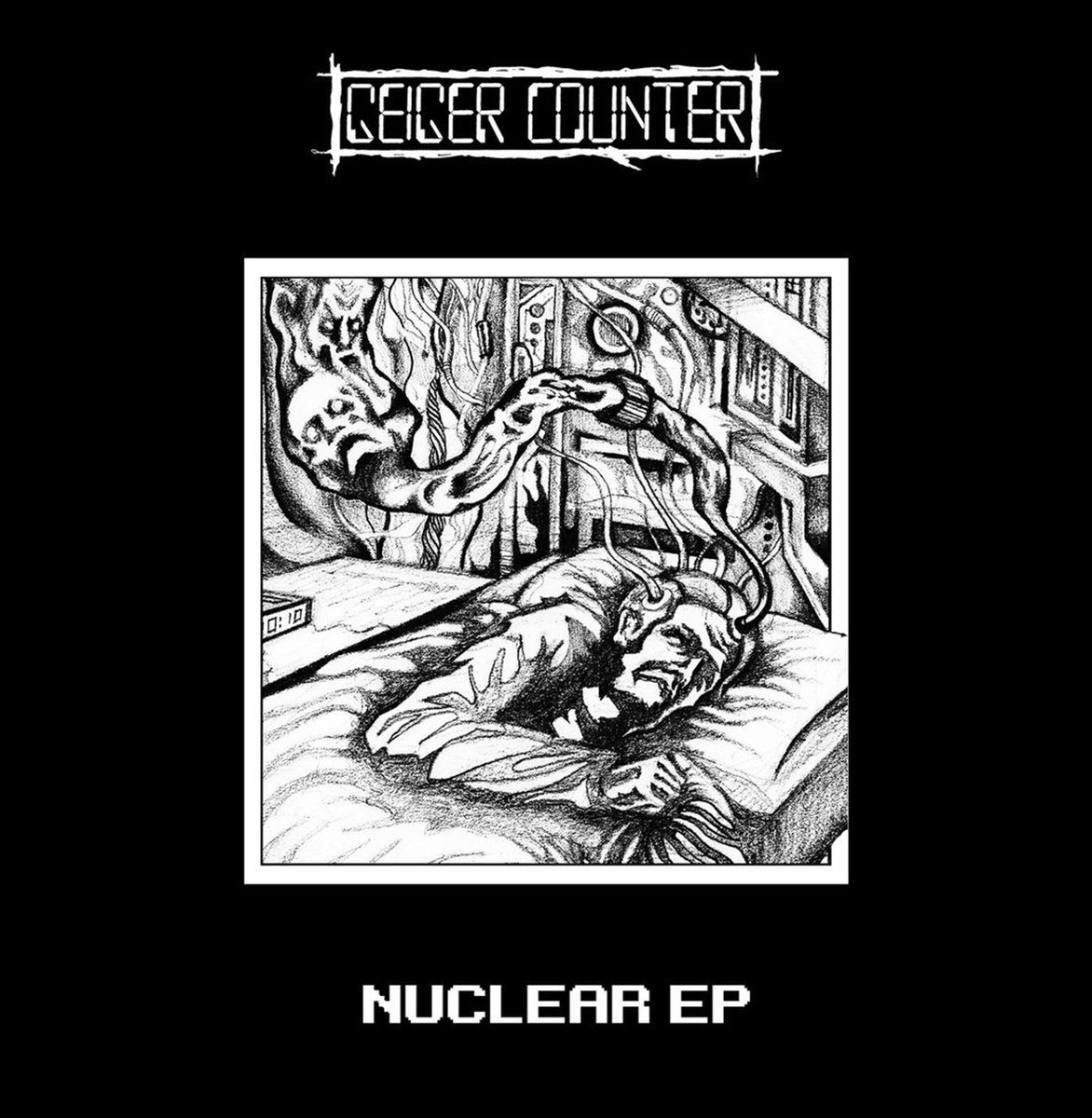 Not wasting any time after their first full-length LP Minneapolis’s GEIGER COUNTER strike back with 4 new tracks on the “Nuclear” EP out Profane Existence & Ryvvolte Records. On this release, GEIGER COUNTER pummel us with the familiar barrage of distorted -influenced crust core that we all love, want, and expect from the Minneapolis crust scene.

For those unfamiliar GEIGER COUNTER style wise are reminiscent of late 90’s/early 2000’s greats like STATE OF FEAR, SERVITUDE, & REACT but they also have an obvious love for Japanese hardcore of the same era.

From the artwork to the lyrics and the music itself GEIGER COUNTER’s “Nuclear” EP is a dark, bleak, and desolate trip into our societies unrelenting quest for power and the ever-looming threat of annihilation. While these topics might seem redundant in punk GEIGER COUNTER have a chilling approach that will leave you speechless as your mind travels to dark places considering both our future and the past.