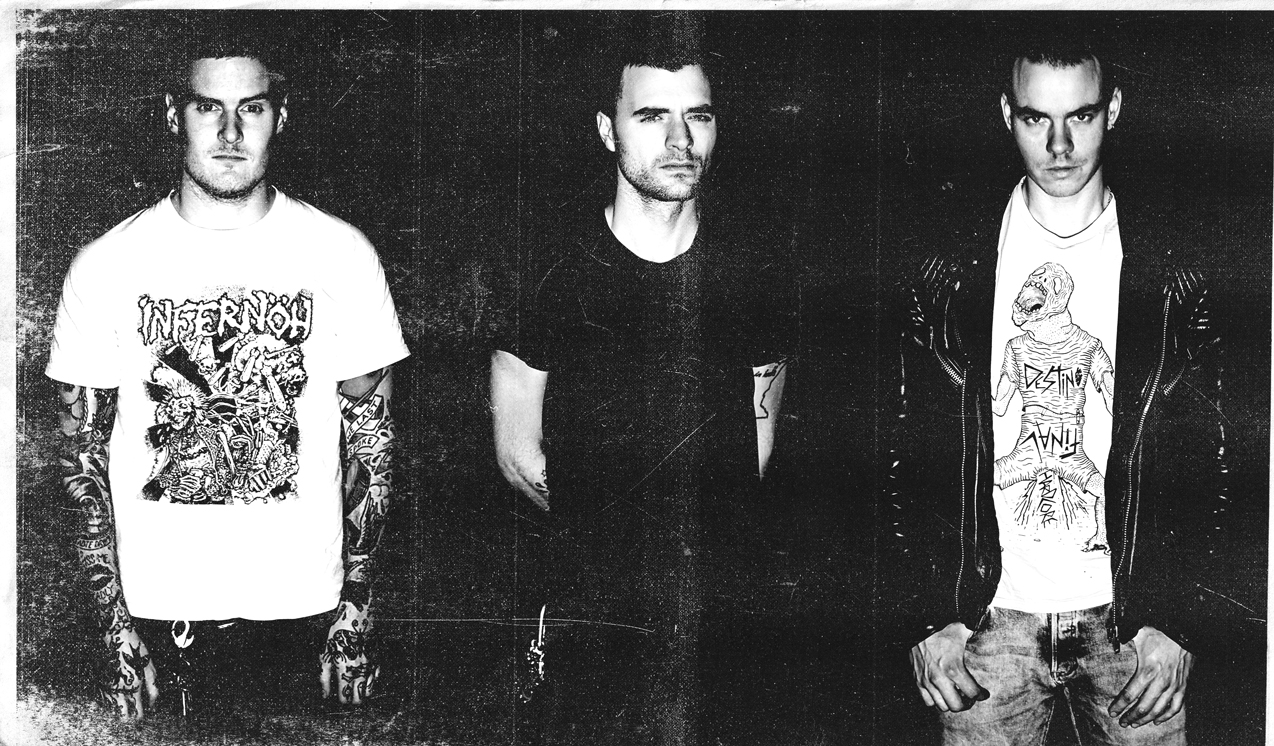 The nightmare continues with the news that the first single from Blodets Bånd, the caustic debut LP from Copenhagen raw punks Halshug, has been premiered by Terrorizer. A two minute + rampage of explosive d-beat propulsion, ‘Total Destruktion’ displays all the gruesome symptoms of Halshug‘s distinctive battery. Blodets Bånd shall be unleashed upon mankind by Southern Lord on February 23rd.

Halshug (which translates to ‘decapitate’) are fast becoming known within Europe’s hallowed DIY routes and enclaves for their impeccably executed hardcore crust, which pays furious tribute to their rich K-town heritage (Nuclear Death Terror and Death Token loom large) and crucially adds an abrasive modern stomp which fans of Hoax, Holy and Infernöh will be all too happy to hear more of. Searing distortion, radical d-beat pace, overblown reverb vocals – Halshug leave no room for subtlety or second-guessing across the eight tracks which make up their first full-length effort, which will be available on 12” vinyl format.