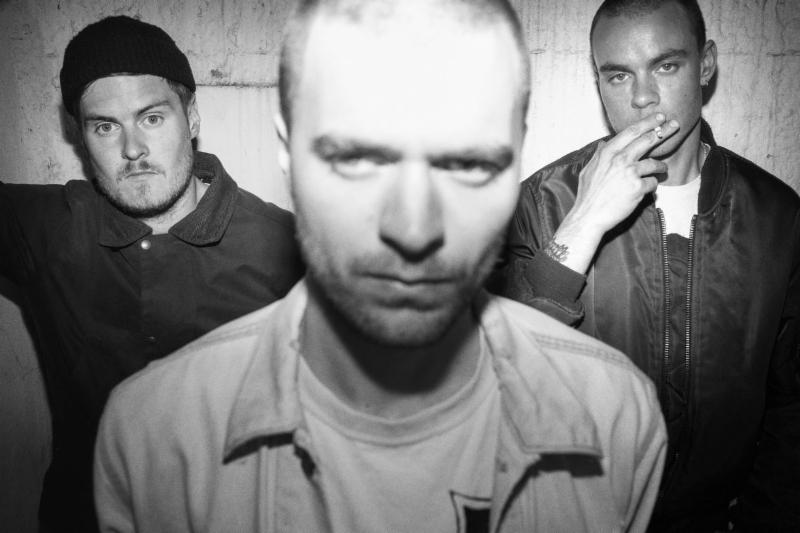 On Drøm, HALSHUG expands their sound from the dirge-driven, crust-influenced d-beat of their earlier albums Blodets Bånd and Sort Sind and explores the dynamics of longer songs, more audible lyrics, and altered tempos, which result in different shades of industrial, dark-wave, and post-punk. Drøm was recorded by Simon Sonne, mixed at Dead Air Studio (The Men, Warthog), and mastered by Peter Peter (The Sods, Bleeder).

According to HALSHUG, the title Drøm (translated to “dream”) refers to a wider theme of the record which views dreams as, “a succession of images, ideas, emotions, and sensations that occur involuntarily in the mind. And also, sort of a vision, or a wanting of something more than just what is. The dream is volatile. It can burst. One moment it felt real, and moments later it can’t even be recalled.”

Other ideas come into play too, as the HALSHUG members describe, “A lot of the songs are about mirrors. The intimacy that is in privacy, alone with oneself. And the cathartic moments where interaction becomes wordless. They are mostly scenes or clips from dreams, that could have looked like either old movies or scenes from the hang-out area at a rave. Some of them are recollections of things that have happened, but most of them are dreamt or felt. Some songs are about dominance and submission, about letting go, either trusting or just not caring. Some of them are also statements, metaphorical or literate, about being subordinate as an individual in a complex power structure.”