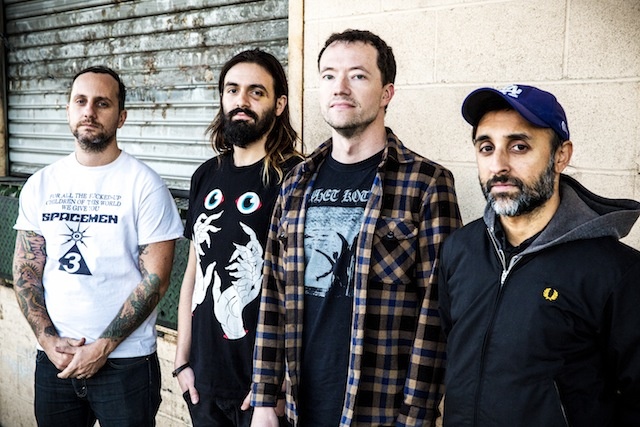 Featuring Jeremy Bolm of TOUCHE AMORE, Jay Weinberg of SLIPKNOT, ex-AGAINST ME!, ex-MADBALL, Neeraj Kane of The Hope Conspiracy and Stephen LaCaour ex-Trap Them, have released a couple of tracks off their upcoming debut full-length, ‘Awake For Everything’, this spring.
Recorded by Alex Estrada (Silver Snakes, NAILS) and mixed by Kurt Ballou (CONVERGE) is out on May 27 through 6131 Records.