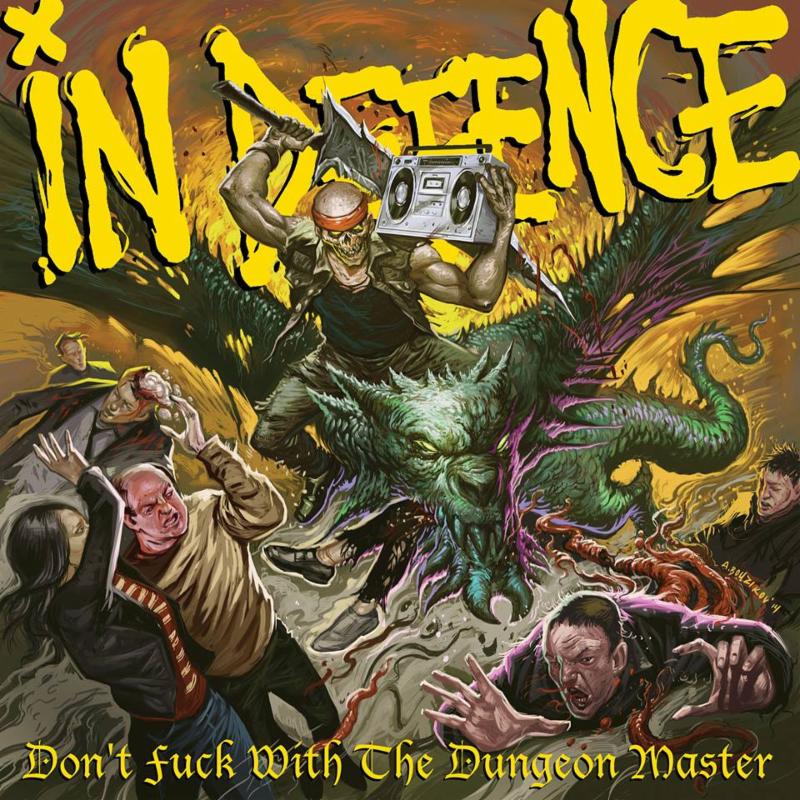 IN DEFENCE To Release Don’t Fuck With The Dungeon Master Album; with their “Tacos Til Death” off the LP streaming below

Minneapolis, Minnesota mosh instigators, IN DEFENCE,will independently unleash their face-displacing fourth full-length, Don’t Fuck With The Dungeon Master, later this month, and today the act wages war on the pizza industry with an exclusive premiere of “Tacos Til Death” via New Noise Magazine but you can listen here:

Jamming eleven rapid, jaw-clenching audio attacks into their latest release, IN DEFENCE delivers their most damaging degeneracy to date on Don’t Fuck With The Dungeon Master. Recorded, engineered and mastered by Adam Tucker at Signaturetone Studios, and mixed by Joel Grind at Audiosiege, the Twin Cities terrors bring their most outwardly tongue-in-cheek lyrical lashings and hyperspeed riff-bashings to date to the plate on their newest monstrosity. Appropriately lunatic cover art by Andrei Bouzikov overtakes the cover of this new brutalizer, which will see release directly through the band on CD and digital outlets on June 16th. Preorders for the record are live at RIGHT HERE.