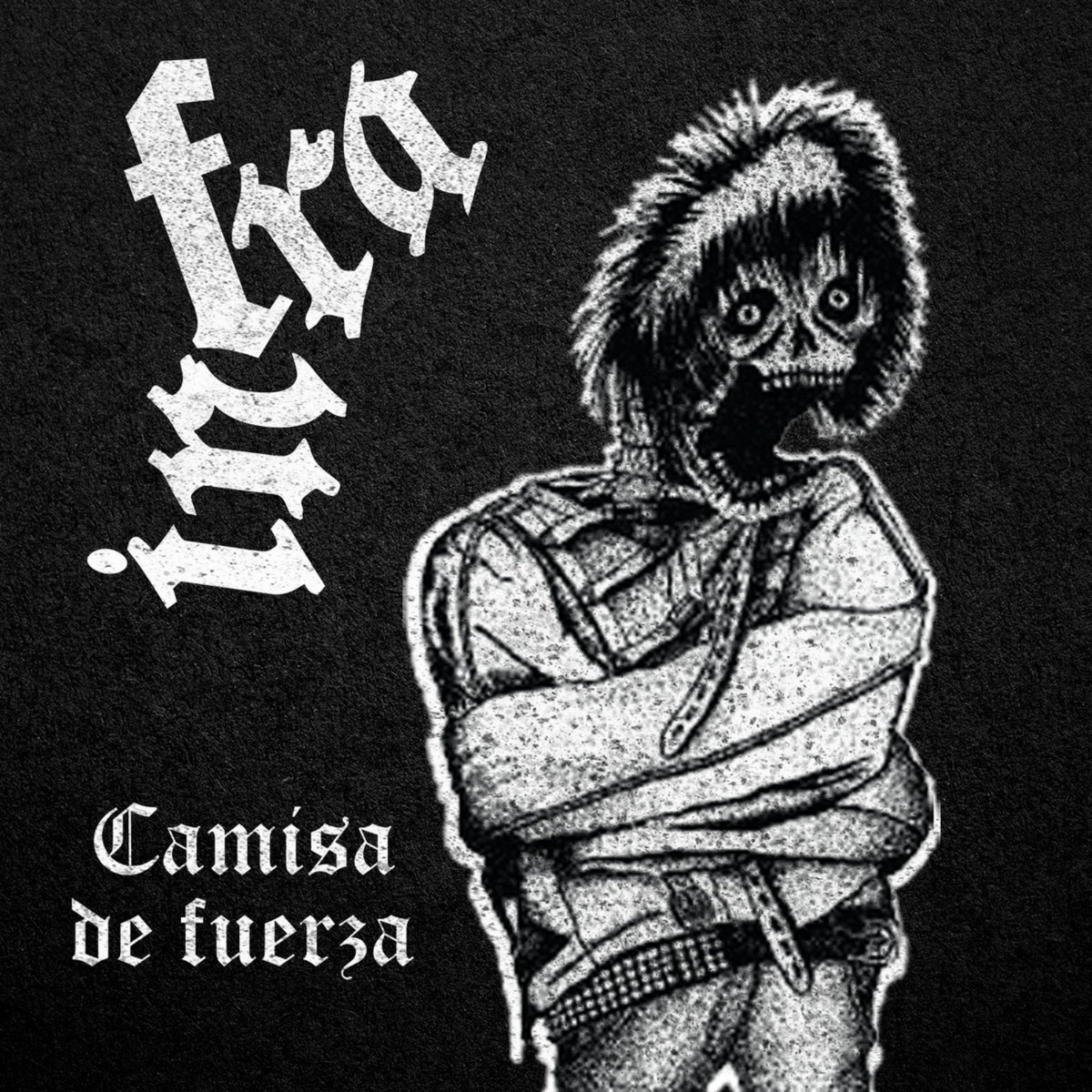 Going Postal Records has put Infra’s two demo tapes on one 12″ ‘Camisa De Fuerza’ which is just being released.

Two demo tapes that originally came out in Bogota, Colombia, collected on one slab of plastic. The mohawked crew delves deeply in murky waters of second wave of British punk, and delivers 13 tunes of anthemic UK82 infused pogo punk. To call my Spanish rusty would be a compliment but one gets the sentiment of “hour of the end” when you “suffocate” and the only thing helping you is “the sound from the underground”. If you missed fellow Bogotan PRIMER REGIMEN or the melody of SECTA then this one is for you