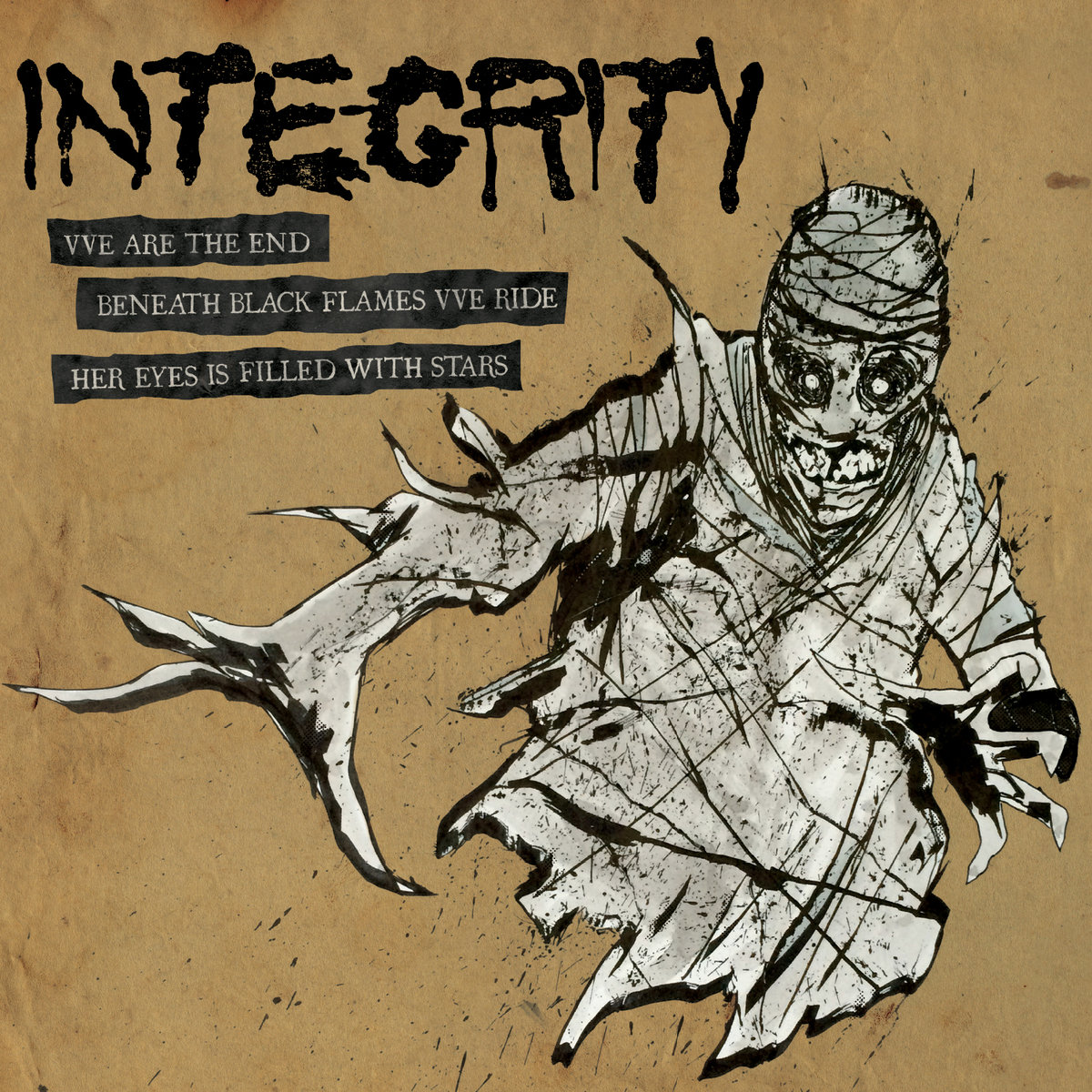 In one week, the split LP between INTEGRITY and POWER TRIP will see release via Magic Bullet Records, the label this week letting the lead tracks from each band’s half of the platter out of the cages.

This release is semi-dual-reissue in nature, as INTEGRITY’s contribution is a retooled, remixed rendering of their 2010 Magic Bullet Records 7″ VVe Are the End. The POWER TRIP material culls the two original tracks from their Self-Titled 7″ on Lockin’ Out Records, originally released in 2011. Previously unheard or released prior, INTEGRITY also contributes “Her Eyes Is Filled With ϟtars,” their unique cover of the bizarre song that Howdy (Crispin Glover) serenades Stephanie (Jenny Wright) with in the 1989 film Twister. The cover song is exclusive to this split across all formats.

Stream INTEGRITY’s “We Are The End” and POWER TRIP’s “Divine Apprehension” RIGHT HERE.

Brand new artwork and layouts by INTEGRITY’s Dwid Hellion draws further cohesion between the bands on this one, as both physical formats feature a “co-headliner” visual presentation and a foldout poster containing all lyrics, credits, and additional original artwork. For vinyl fans, the first pressing is being issued on three color ways: black, clear, and red. Both sides are spun at 45rpm for maximum fidelity. The record will also see CD and full digital release.