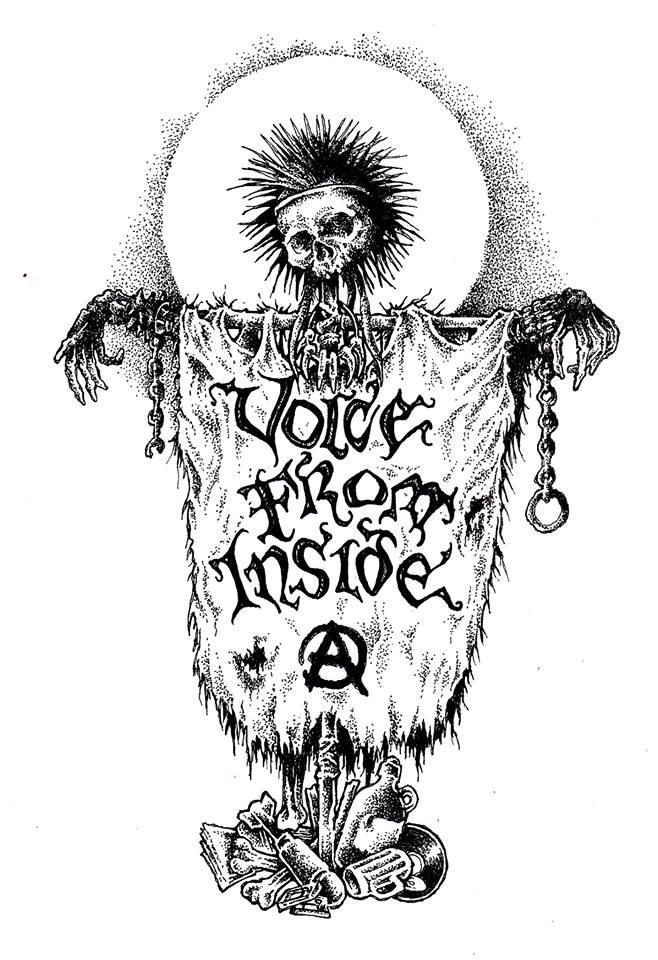 INTERVIEW: Voice From Inside Records

One of the best Cassette labels around is arguably VOICE FROM INSIDE from Ukraine, the amount kick ass re-issues on cassette releases bands from PARANOID, AJAX, WHO KILLED SPIKEY JACKET, ASPECT OF WAR plus loads more. We asked a couple of questions to find out more about VOICE FROM INSIDE.

What is Voice From Inside? Can you give us a bit of background?

Hey punks! Voice from Inside is a cassette label since august 2013, before that time I was doing just simple reissues on Cdr’s but after a while I got bored of this kind of format and now I totally try to avoid them. Punk is cassettes and vinyl only (to my opinion). Well, theres a bit of history of how it got started. Basically Voice From inside was planned as punk fanzine in summer 2009, I had a lot of ideas in my mind and I totally needed to have it written on the paper or smth like that, I interviewed bands, wrote articles and music reviews and did all other things related to my zine. I did 4 issues so far, 4th was the last one ever. During this zine I started the label with the same name to put out some band’s reissues and new releases. As for the releasing cassettes now I follow the simple rule – to release bands I personally love, not the ones which are extremely popular to make money on them. I don’t give a fuck about money issues, I do it for my pleasure and for pleasures of other punks around the world.

You have been reissuing some of the best bands in hardcore/punk on cassette, Why cassette?

Cassettes were in punk scene from the early days of its existence, that’s why I can be sure this sound is authentic and true if I dig a tape dated of 80’s.But that’s aint a reason why I picked up exactly this one. The most obvious answer is a price, tapes are really cheap and pretty popular among underground hardcore punk community. I never doubt after I switched into releasing on tapes and I’m still excited today, after almost two years of releasing on them.

Is there a lot of local interest in Ukraine in these releases or is it more from people around the world in general? Do you do many releases from Ukraine? Can you give us a bit of an insight of punk in Ukraine?

Haha Ukrainian people are not interested in my releases at all, besides from about 5-10 kids who share my music tastes. As for Ukraine I don’t really want to talk about todays scene, I’m sure you’re not interested in reading about screamo and post-metal bands. Of course there are some really good ones that play different subgenres of hardcore punk, but I can count them on fingers of my two hands, no more.