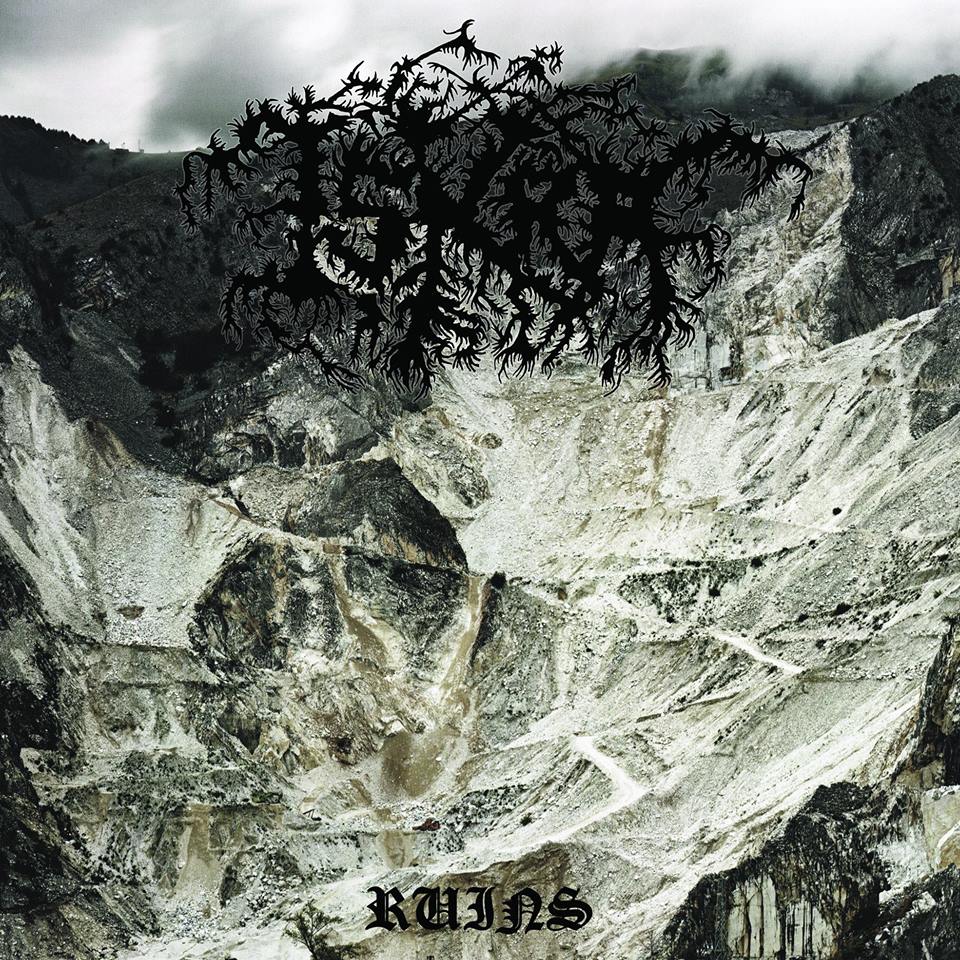 ISKRA will re-issue Ruins on Southern Lord on CD in July, after Ruins being released last year on Profane Existence, Neanderthal Stench and lots more….

Blistering anarchist black metal unit, ISKRA, has teamed up with Southern Lord for the CD release of their latest LP, Ruins. Approaching the most fearsome of all genres from a foundation in filthy metallic crust, ISKRA has skillfully created an old school orthodox epic that their extensive back catalog has always been working towards, and in Ruins is executed in sublime, scathing style.

The Canadian collective, almost two decades into their journey as ISKRA, stands out as staunch advocates of anarchism, and reject all forms of oppressive mainstream ideologies such as communism, fascism and democracy. To underline this, they coined their unification of extreme punk anger and black metal sonics “anarchist metal,” separating themselves from other acts deemed as “extreme” or “radical” but lacking conviction or real menace. It is certainly evident in their vitriolic offensives that they mean business, but most impressive is the sharp, refined songcraft that makes Ruins a compelling black metal record regardless of your political (dis)orientation. The constantly shifting tremolo riffs and blasting drums are some of the most devastating and aggressive you will hear, and fans of Absu and early Immortal will find plenty to enjoy – ISKRA exerts overwhelming levels of energy and brutality in Ruins, outpacing and outwitting the vast majority.

ISKRA have toured across scores of countries with countless acts operating in various subsects of underground punk and metal, and have built up a fearsome international reputation, demonstrated by their heavy patch presence on the battle jackets of the true. A wealth of DIY and independent label releases trails behind them, with numerous albums, splits and demos all available to download for free from their website in accordance with their principles.

Southern Lord will issue ISKRA’s Ruins on digipak CD including a twenty-page booklet with lyrics and liner notes on July 1st.

ISKRA also proudly announces the Anarchy Attack… Canadian Destruction (Storming the Atlantic) Summer Tour of Canada, their first major tour of Canada since 2004. This tour will mark the band’s first coast to coast tour of the country and includes five days in the maritime provinces. The tour also features appearances at the legendary Spider Fest (formerly Spider Acres) in Meyersburg, Ontario and Evil Fest in Sainte-Angele-de-Merici, Quebec. The band’s full live itinerary will be announced in the days ahead.