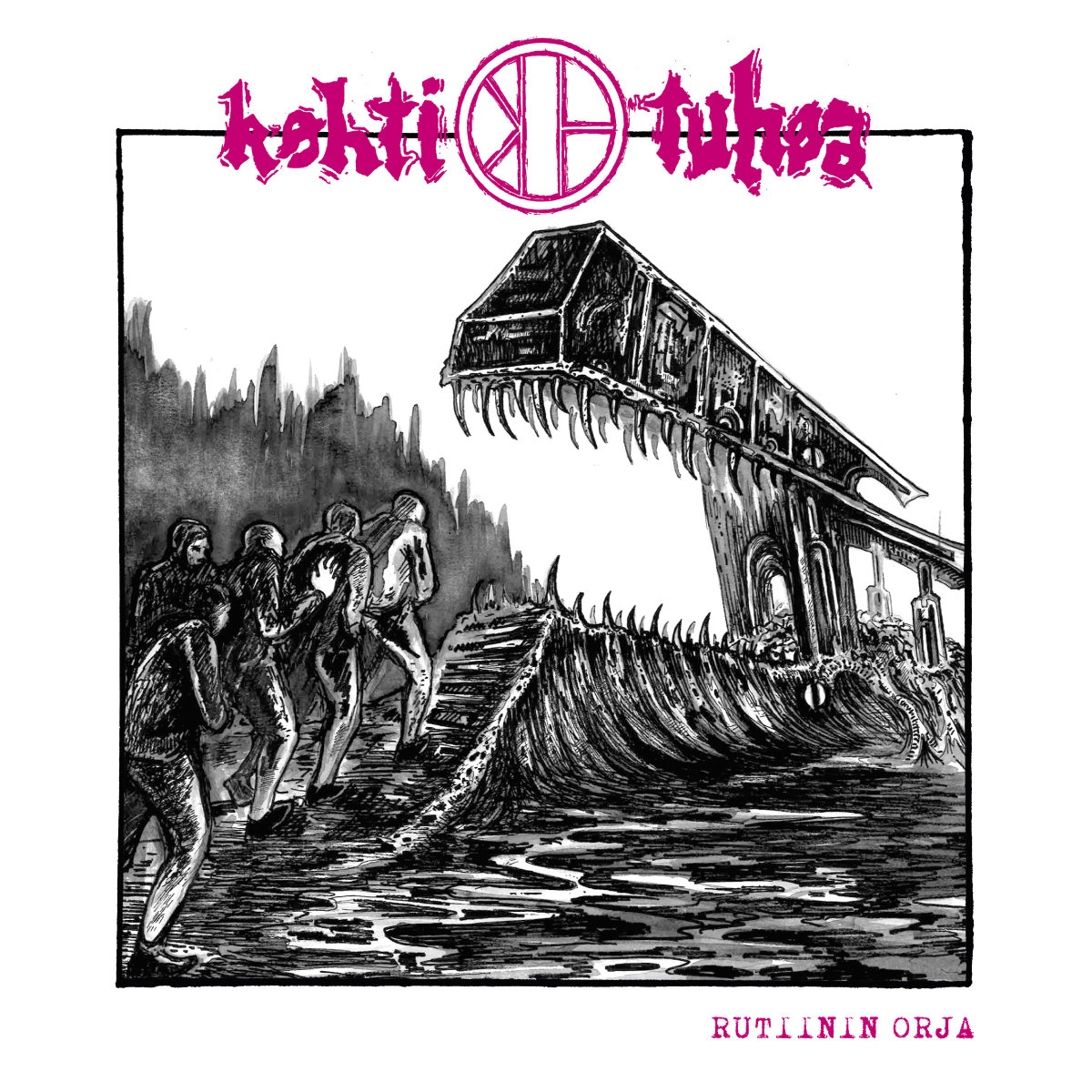 There’s no time wasted in KOHTI TUHOA’s new record as it speeds past in under twenty minutes. Irresistible pogo beats and pit parts pile on top of each other with reckless abandon, and thick waves of drum rolls provide a dangerous velocity over which Discharge-influenced guitars chug and wail. Helena’s wide ranging vocals delivered in the band’s native language are unmistakable and intimidating even to non-Finnish natives, layered up an intense degree and teetering between fearsome and fascinating. Recognizable traits of other bands, such as the Japanese masters of noise d-beat attack, Framtid, and Hispanic kings of the fast ‘n’ angry, Los Crudos, find their way in to the KOHTI TUHOA sound, while fans of Oakland’s Rad and Chile/Austria’s Ruidosa Immundicia will have an instant infatuation with the sheer might of Rutiinin Orja. Punk bible Maximum Rocknroll is already shouting their name, and you are well advised to hear the furious sounds of Finnish hardcore punk at its current best – barbed, destructive and viciously catchy.

Southern Lord will release Rutiinin Orja on 29th July, releasing it on digital, LP, and CD formats, the latter of which also containing the band’s previously-released 7″.