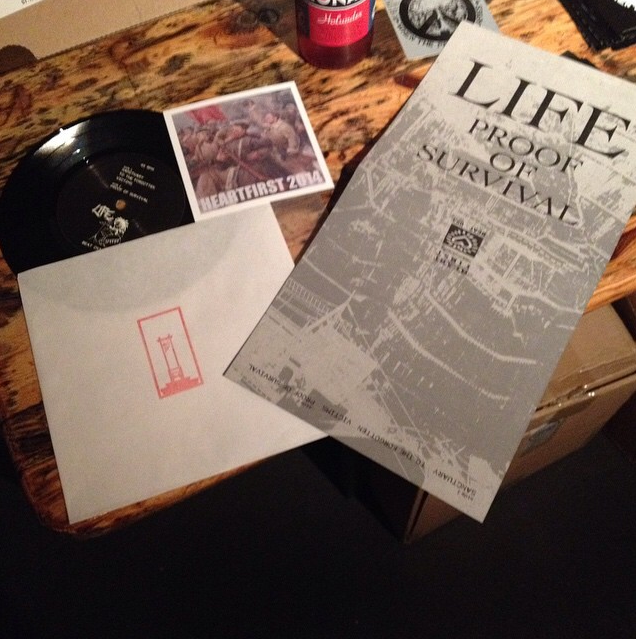 Japanese band LIFE who are currently touring in Europe have a new 7″ entitled ‘Proof of Survival’ out now on Heart Fist Records.

The great Japanese band LIFE will be touring Europe in November. Even though the band has existed for over 20 years, they have never been as active as now. They seem to be playing in Tokyo (or Osaka) every weekend and are currently on top of their game with the recent lineup. Their past releases are hard to find outside of Japan up to this point and some of them are much sought-after collector’s items, especially their first LP entitled “The World Lies Across Them” which the band self-released in 1999. In 2009 they had an EP released on BLACK WATER RECORDS from Portland and 2013 put out the “Violence, Peace And Peace Research” LP on the band’s own PUNK BASTARD label. You can check out a LIFE live video on Youtube which is from a recent gig at Shinjuku Antiknock in 2014.
life from tokyo, japan european tour flyer 2014
Just in time for their European tour they will have a new 7″ EP with four tracks out on HEARTFIRST called “Proof of Survival”. At the same time the LA VIDA ES UN MUS label is re-releasing their first LP “The World Lies Across Them”, originally released in 1999.

Click here to Read more about LA VIDA ES UN MUS label is re-releasing their first LP “The World Lies Across Them”, originally released in 1999. 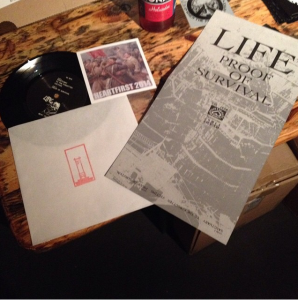