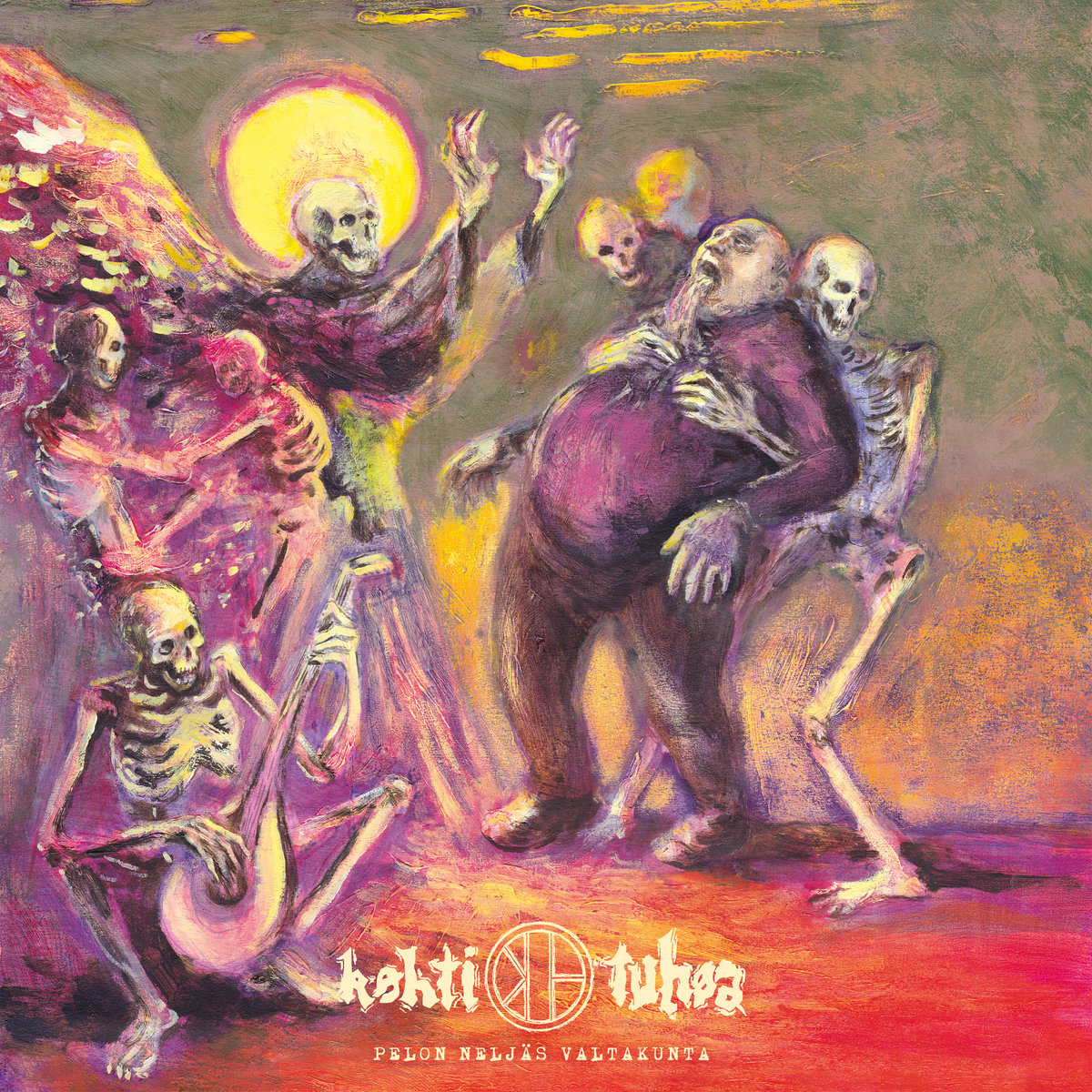 KOHTI TUHOA are back listen to two new tracks coming on their new LP ‘Pelon Neljäs Valtakunta’ on Southern Lord and Svart Records. KOHTI TUHOA are heading on a North American tour as well

Read the press release below and check out North American tour dates below:

KOHTI TUHOA‘s 2015-issued debut LP, Rutiinin Orja,was considered by many as the most exciting hardcore punk record out of Scandinavia in ages. Their sophomore album Pelon Neljäs Valtakunta is constructed from similar building blocks of aggression based at sociopolitical injustice, but with the band’s sound taking a step further towards genre classicists such as Discharge and Disorder, not to mention classic Finnish hardcore punk acts such as Terveet Kädet, Varaus, and Riistetyt.

Recorded in May 2017 at V.R. Studio in Turku, Finland, Pelon Neljäs Valtakunta was engineered by Jussi Vuola, mixed by Jussi Vuola and KOHTI TUHOA, mastered and cut by Jukka Sarapää at Timmion Cutting, and finalized with artwork by returning artist Jaakko Karjula. The album crushes twelve relentless tracks in twenty minutes, including a cover of “Saatanan Lampaat” by Painajainen.