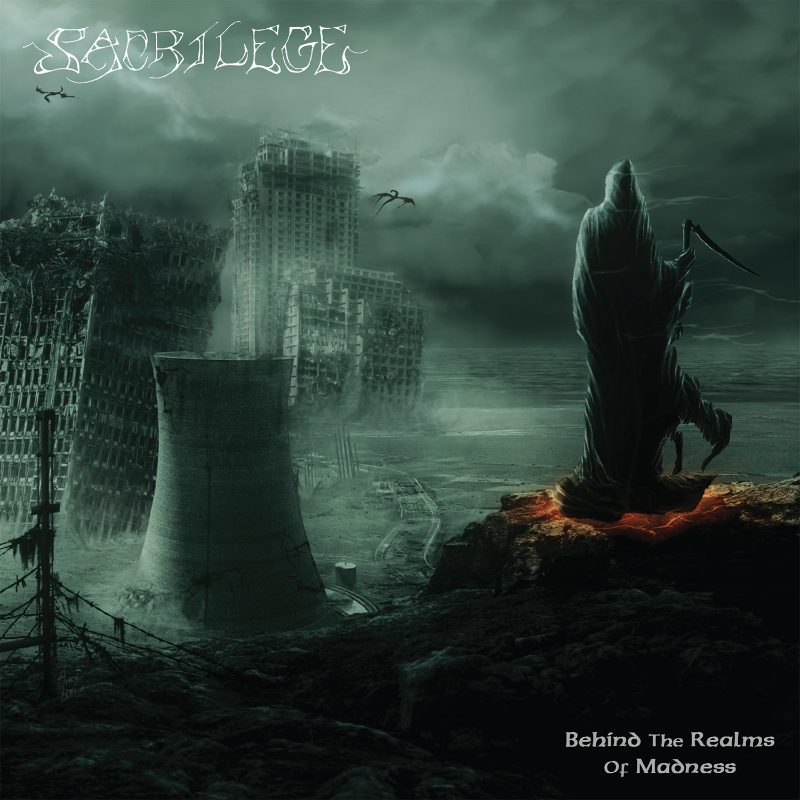 Listen To SACRILEGE – Behind The Realms Of Madness Reissue

Originally released in 1985, Sacrilege are back with their ‘Behind The Realms Of Madness’ on a metal label Relapse with seven bonus tracks and new artwork by Andy Lefton (War//Plague,Tau Cross) Listen to the Relapse re-release below

Relapse is honored to present the first ever fully authorized reissue of the legendary UK band Sacrilege’s landmark debut ‘Behind The Realms Of Madness’. Originally released in 1985, Sacrilege were one of the first bands of the 80s that both punks and metalheads rallied behind. Propelled by singer Lynda ‘Tam’ Simpson’s ferocious vocals and polticically charged lyrics, ‘Behind The Realms of Madness’ blended crust, thrash, hardcore, doom and death-metal to create a timeless album that has directly influenced scores of punks and heshers alike. Now fully remastered by Brad Boatright (Sleep, Hooded Menace, Obituary) with SEVEN previously unreleased bonus tracks and expanded art and liner notes!