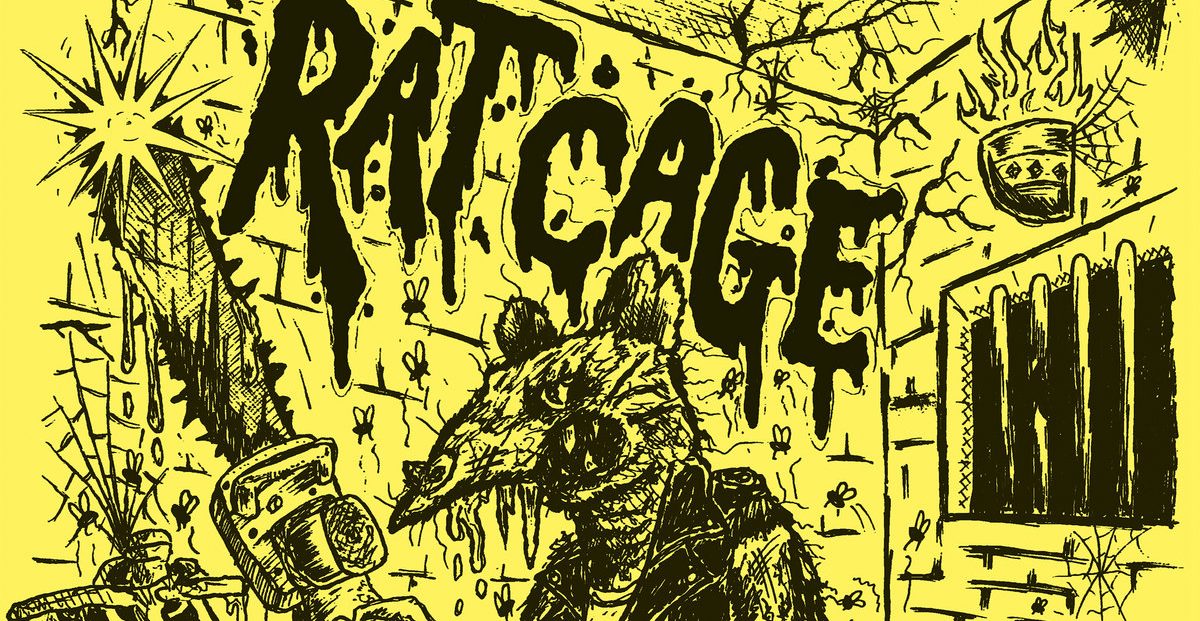 A one man punk mangel attack from UK has lined up a debut LP set to be released in April on La Vida Es Un Mus from listening to the first tracks release this seems like it will be on a lot of top 10 for 2020.

Blurb for the release:
“Like a steel girder to the forehead, incomes SCREAMS FROM THE CAGE. 19 minutes of brutally up front and relentlessly rowdy hardcore punk, that slams a firm British stamp on the classic Swedish Hardcore blueprint. This wrecking ball sits somewhere between the 80’s Hudiksvall sounds of MISSBRUKARNA, the damaged NO FUTURE confessions of THE PARTISANS and the sheer rock and roll audacity of the SKITKIDS. Back to back riffs that’ll stick to your brain like the glue at the bottom of your bag and steaming drums blasts that’ll plough through your skull like a juggernaut driven by a maniac high on amphetamine. Mylo Oxlo provides the artwork once again, perfectly capturing the claustrophobic animosity of the Rat’s latest 12 song romp and rampage. Fittingly dropping on the year of the Rat while the Tory’s take a strangle hold of the U.K for another 4 years. Hold onto your seat, feel the burn and don’t you dare turn this fucker down”

I also here rumors of a future split release which should be out later this year. more info on that soon lets just focus on Screams From The Cage LP for now