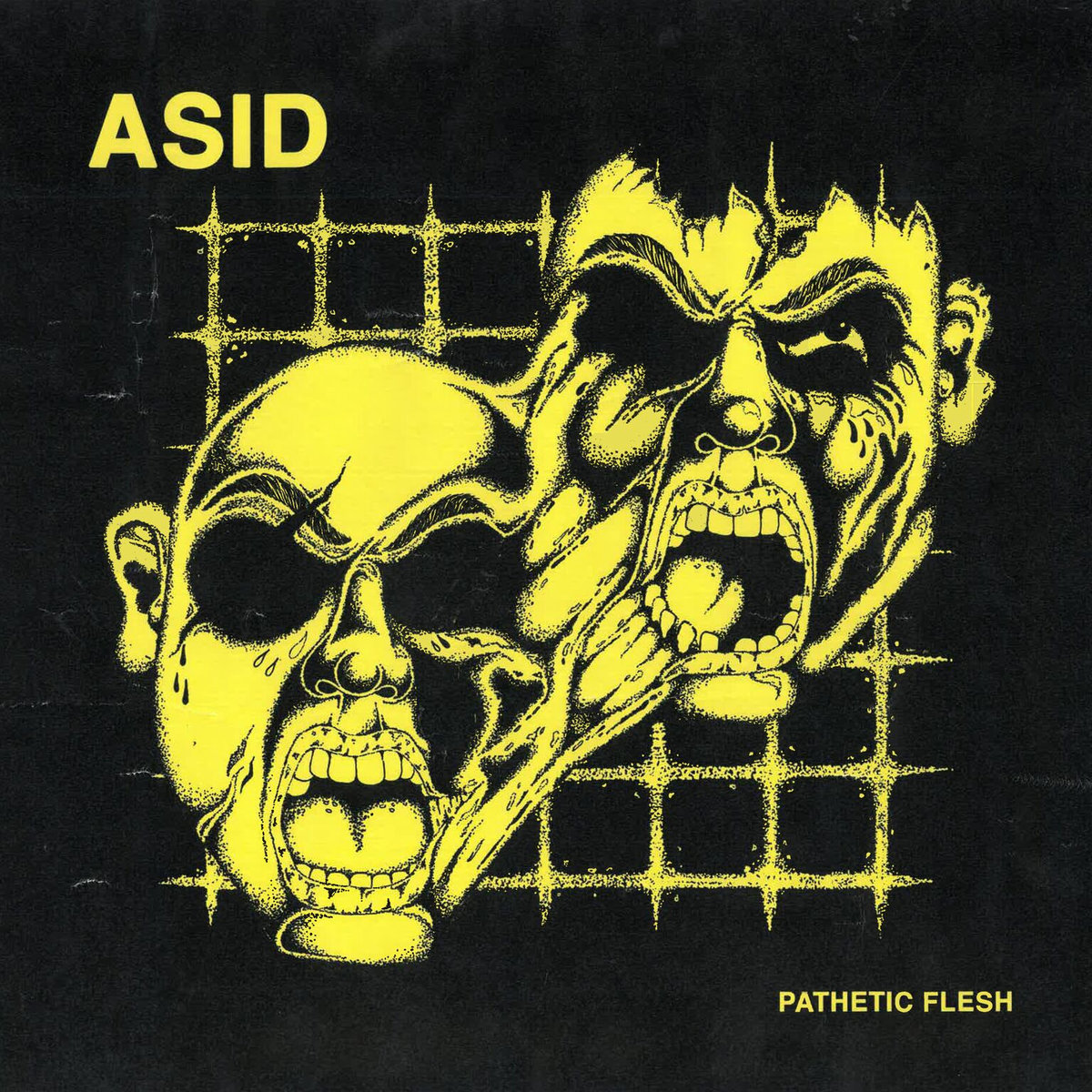 La Vida Es Un Mus has uploaded two tracks off the upcoming ASID 12″ which is titled ‘Pathetic Flesh’ with a release date of around the start of April. Having previously released a demo cassette on La Vida Es Un Mus we can be assured to see a 12″ full to the brim with ripping hardcore and harsh vocals.